Much to the chagrin of progressives, “Johnny the Walrus” is the number one selling book in the “LGBTQ+” genre on Amazon. 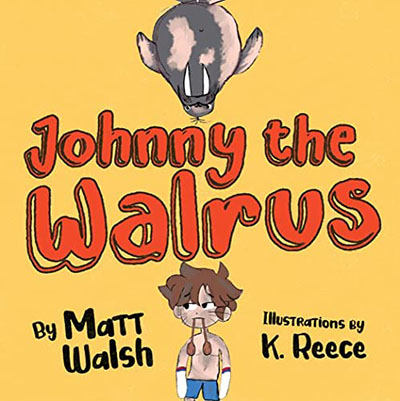 The book does fall in the “LGBTQ+” category, “but not in the way progressives would like,” the Daily Wire noted in a Dec. 5 analysis.

“Johnny the Walrus” features a young boy with a wild imagination. Johnny envisions himself as many things, including a walrus. His progressive mother knows her boy is a boy, but becomes pressured by her friends on social media to treat and “transition” her child to live his true identity as a walrus. She is faced with the choice of either protecting Johnny or pleasing her friends.

“Folks you have to admit this is all extremely funny,” Walsh noted on Twitter. “Me becoming a number one bestselling LGBT author is the twist no one saw coming.”

Just hours after its publication, “Johnny the Walrus” sold out on Amazon. The book hit the number one spot on the Amazon Movers & Shakers list early Tuesday, and soon became the overall fourth best-selling book on the site hours later.

“The success of the book proves that people are tired of the children’s book market being dominated by left wing propaganda,” Walsh told The Daily Wire.

I now have the number one LGBT book in the country. Any further criticism of me or my book is now homophobic. Checkmate. pic.twitter.com/MP8VPZBEGx