PARIS — The albatross of the debt crisis continues to dominate headlines throughout the European Union and indeed the United States. While whopping budget deficits and massive social service obligations serve as a millstone to European economic recovery, many economists are nervously looking to the long term stability of the Euro currency itself.  Moreover as citizens through many of the EU countries, especially France, Germany and the Netherlands, are increasingly skeptical about the long term value of their money, it’s time to revisit a column of mine from last summer. 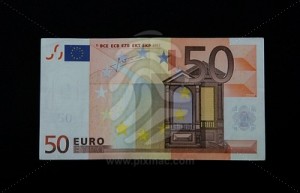 More a political decision and an act of faith, the Euro currency formally replaced national banknotes, such as the German Mark and the French Franc, a decade ago.  This in itself was not entirely bad when it came to commerce, but naturally favored Eurozone member states with weak currencies such as Spain, Italy, and Greece, at the expense of financially sound economies.

The British government to its credit, kept the United Kingdom out of the Euro and still retains the Pound Sterling.  Ditto for the Danes.

But given the Summer season, let’s not speak of the arcane rules, regulations and caveats of international finance, but rather take a look at the actual Euro currency itself which trades at 1.43 to the U.S. dollar.  Sadly since July 2010, the American dollar has fallen 15 percent to the Euro.

At best it appears that the Euro banknotes are designed by a committee of Brussels bureaucrats, no doubt very educated and competent, but deliberately lacking any hint of nationalism.

The printed currency lacks the élan, the style, and the beauty of the former French banknotes and instead looks like sterile architectural drawings and sketches drawn in an anonymous polytechnic. The banknotes are characterized by Portals and Bridges. The Doors on the front and the bridges and a European map on the obverse characterize each note. Technically these are nice sketches but there are no people, nor national symbols for that matter.

There is something very sterile and almost barren about this currency which lacks national heroes, symbols or monuments but aims to be a homogenous specie uniting the European Union.  The whole point is reflect the architectural heritage of Europe, but curiously without its Cathedrals, Castles and  Chateaux.

Euro coins to the contrary reflect the country where they are minted; Irish coins have the Harp, Germany the Brandenburg Gate, Spain King Juan Carlos, and France Marianne of the Republic.

Let’s compare a few things.  The 50 Euro note has the characteristic portal and bridge.  Contrast this with the near iconic 50 French Franc note of the 1990’s honoring the author and aviator Saint Exupery. This lilac-colored note has his photo, bi-plane and his beloved children’s story character the Petit Prince, and remains one of the more popular issued by the Banque de France.

The 100 Euro note is pleasant enough with a Renaissance style gateway on the front and an architecturally correct sketch on the obverse. Now in France the 100 Franc note was always particularly beautiful. In the 1950’s and early 1960’s there was the splendorous Napoleon Bonaparte note with the “young Emperor” the Arch of Triumph among a field of flags. The colors of this note and many of the series in those days, such as Victor Hugo, are best described as works of art.  By the 1970’s through the 1990’s there was the note depicting the painter Eugene Delacroix and his famed, and slightly risqué images of the “Marianne” holding the French tricolor flag.  In the late 1990’s, a rose-hued 100 Franc note honored the artist Paul Cezanne.

The 200 Euro note evokes portals of the 19th century while on the obverse illustrates the iron and steel bridge span. Back in the 1980’s and 1990’s the French 200 Franc note had an image of the philosopher Montesquieu (an influence in the American revolution) set amid coats of arms and tapestries. Between 1995-1999, France redesigned the 200 Franc note with a more modern but genuinely attractive bill honoring the architect Gustav Eiffel, and  of course showing the majestic Tower he created.

Naturally such symbols are uniquely French and would have a less than Euro wide appeal. Still the Euro currency illustrates a kind of emptiness; doors without people, bridges (to where?), without life and the ebb and flow of society.

The Euro currency evokes a homogenized Europe at the expense of the rich cultural diversity of its member states. Given the EU’s massive debt burdens, its financial future remains equally uncertain.