An administrator at the elite Tower Hill School in Delaware has been charged on five counts of dealing in child pornography, according to the Delaware Department of Justice. 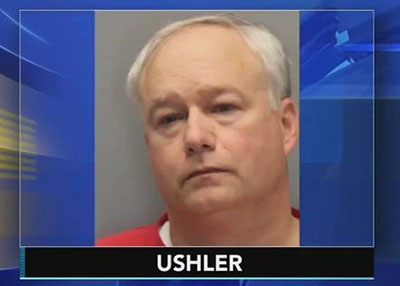 William R. Ushler, 53, was arrested Tuesday as authorities executed search warrants at his Wilmington home and at Tower Hill School.

In an email to the school community, the Delaware prep school stated that Ushler, the director of upper school admissions, was immediately fired and has been barred from campus.

School officials acknowledged that Ushler’s arrest “may have reverberations and echoes” of a similar scandal involving former headmaster Christopher Wheeler.

The head of school, Elizabeth Speers, said of the charges against Ushler: “While we do not anticipate findings that indicate any member of the Tower Hill community has been harmed, our thoughts and prayers are with the children whose images are depicted and who are victims of such deplorable crimes.”

Speers said police told her that no Tower Hill students or children in contact with Ushler appeared in the pornographic pictures.