Is monkeypox, which Big Media and so-called “health authorities” are hyping as the next dangerous outbreak, a real threat? Or is it another case of overstated and weaponized public health messaging?

There are at least 80 confirmed cases of the disease worldwide and another 50 suspected cases. The U.S. has only confirmed a pair of cases after a man in Massachusetts was diagnosed with the disease. Another man in New York City also tested positive for monkeypox. No deaths have been reported among the new cases. 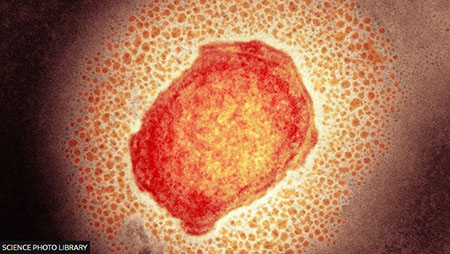 “Everybody should be concerned about [it],” Joe Biden said on Sunday. “We’re working on it, hard to figure out what we do.”

Team Biden has placed a $119 million order from Bavarian Nordic for millions of doses of monkeypox vaccine.

According to a report from Jordan Schachtel, the National Institute of Allergy and Infectious Diseases (NIAID) has supported Bavarian Nordic with well over $100 million in grants.

“In my opinion, based on currently available information, Monkeypox is a virus and disease which is endemic in Africa, emerges sporadically after transmission into humans from animal hosts, and is typically spread by close human contact,” Malone wrote in a May 21 analysis on substack. “It is readily controlled by classical public health measures. It does not have a high mortality rate. Unless there has been some genetic alteration, either through evolution or intentional genetic manipulation, it is not a significant biothreat, and has never been considered a high threat pathogen in the past.”

Big Media has been spewing propaganda since Covid first arrived in the U.S. and is now spreading more “fearporn” with monkeypox.

“As I was waiting in an airport lounge to travel from USA to the UK two days ago, I saw a newsreel from CNN which was breathlessly reporting on this ‘threat’ while displaying historic images of patients suffering from Smallpox disease,” Malone wrote. “This provides a classical example of public health fearporn, in my opinion, and CNN should be reprimanded for broadcasting irresponsible propaganda — misinformation and disinformation — under the guise of journalism.”

Monkeypox propagandists have made it a point to stress that the disease is similar to smallpox.

“The monkeypox virus, which originates in various regions of Africa, is related to SmallPox (Variola), which are both members of the genus Orthopoxvirus. However, it is important to understand that Variola (major or minor) is the species of virus which is responsible for the worst human disease caused by the Orthopox viruses. For example, Cowpox, Horsepox, and Camelpox are also members of this genus, none of which are a major health threat to humans, and one of which (Cowpox) has even been (historically) used as a Smallpox vaccine. My point is that just because Monkeypox is related to Smallpox, this does not in any way mean that it represents a similar public health threat. Anyone who implies otherwise is basically engaged in or otherwise supporting weaponized public health-related propaganda. In other words, spreading public health fearporn.”

GAVI, an organization funded by Bill Gates, has provided an assessment of the medical threat posed by monkeypox which “is highly biased towards overstatement,” Malone noted.

The GAVI article seeks to create parallels between Monkeypox and Ebola: “Similar to viruses like Ebola, transmission only happens in close proximity by contact with lesions, body fluids, respiratory droplets or contaminated materials such as bedding or clothes.”

Malone notes that the GAVI article also states the following pants-on-fire disinformation: “Although symptoms often ease within a month, one in ten cases can be fatal. Children are particularly susceptible.”

This assertion, Malone notes, “represents a very biased interpretation of a data report” from the World Health Organization (WHO).

In 2020, the WHO reported 4,594 suspected cases of monkeypox, including 171 deaths (case fatality ratio 3.7%). They are described as suspected because confirmation requires PCR testing, which is not easily available in endemic areas.

“Those readers who have become sensitized to this type of information manipulation and weaponization will immediately notice two key things about this comment. First, the reported mortality of 3.7% (NOT 10%) of cases is from suspected, not confirmed cases. Secondly, this type of sampling is highly biased towards more severe disease – countries rarely will detect and do not report cases of mild disease to the WHO,” Malone wrote.

So, is the biothreat real? Is it imminent? Does it justify the global monkeypox media hype?

That would be “no,” according to Malone.