The Food and Drug Administration (FDA) knew from the early stages of the Covid vaccines being distributed that the shots could cause viral reactivation of diseases like the varicella-zoster virus (shingles) and chose not to disclose it to the public, the original inventor of mRNA and DNA vaccine technology said. 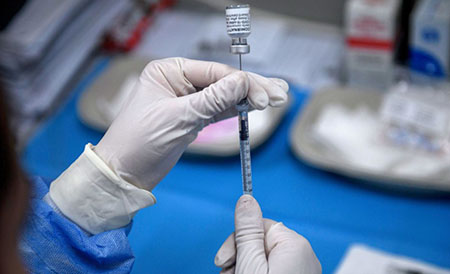 Malone said it was a mistake to assume that the FDA and CDC — because they stayed silent — were unaware of the risk of viral reactivation associated with the Covid vaccines.

“They absolutely did know, and they did not acknowledge it. It’s another one of those things that is inexplicable,” Malone said.

Malone said he had been “very actively engaged” with senior personnel at the FDA in the Office of the Commissioner when the vaccines were being rolled out. The group, he noted, included Dr. William DuMouchel, the Chief Statistical Scientist for Oracle Health Sciences.

“We were talking by Zoom on a weekly or twice a week basis,” he said, regarding the early data on what risks were associated with vaccines. This is the group that first discovered the signal of the cardiotoxicity. They also knew at that time — one of them actually had the adverse event early on of shingles. They knew that the viral reactivation signal — which the CDC has never acknowledged — was one of the major known adverse events.”

Despite the data, the FDA on Tuesday approved of a booster dose of the Pfizer-BioNTech COVID-19 shot for children ages 5 to 11, even though research shows that the shots provide no benefit to children, and can, in fact, cause serious adverse effects and death.

Malone said that, when it came to developing the Covid vaccines, “regulatory bodies gave the pharmaceutical industry a pass,” adding that Big Pharma also “misrepresented key facts about their product.”

“You have to characterize where it goes, how long it sticks around, and how much protein it makes, or what the active drug product is. None of that stuff was done very well. It wasn’t done rigorously, and there was a series of misrepresentations about what the data were,” Malone said. “And the thing is, the FDA let them get away with it. They did not perform their function. They’re supposed to be independent gatekeepers.”

Because of the “pass” regulatory bodies gave Big Pharma on the Covid shots, doctors “assumed that this was a relatively benign product that didn’t stick around in the body. All of that is false,” Malone said.

“Many of us have been wracking our brains as you have to understand how this could possibly happen, why it’s possibly happening, and why is our regulatory apparatus, which we as physicians had all come to assume had a function that actually did the job that we could believe in and trust, and what we find out now is the whole house of cards is rotten to the core,” Malone concluded.

Dr. Malone: FDA ‘absolutely’ knew Covid shots could reactivate viral diseases such as shingles added by Editor Two on May 20, 2022
View all posts by Editor Two →