Washington, D.C. was once an international tourist attraction and capital of the Free World. In recent decades, its decline has been marked by crack-smoking Mayor Marion Barry, non-stop corruption scandals, a surplus of lawyers and lobbyists and Third World one-party rule from top to bottom.

But until now, the “Swamp” had certain standards. Unlike in other Democrat-run cities you were not allowed to urinate in public. 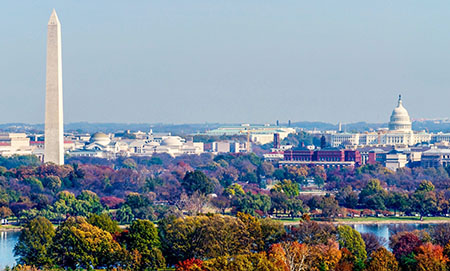 D.C. Police Chief Robert Contee III said he was concerned that some of the changes in the criminal code would make the nation’s capital less safe, since certain offenses would be rewritten, and, in many cases, the penalties would be reduced.

“The requirement for Burglary 1 (first-degree burglary), which would be the highest grade of burglary, would require that a resident perceive that the person was inside of their home,” said Contee. “First, why are we shifting the burden to the resident in order to charge the highest penalty? You’ve been victimized.”

Contee also criticized the council’s wording that would affect robbery charges based in part on injuries.

“Most robberies that we see in our city don’t have significant injury,” said Contee. “… We should not be looking into the lens where the highest penalty is where a person sustained serious, or significant, bodily injury. The fact that you had a gun in your face is significant to me, and I think if you talk to most residents who have been victimized by a robbery, they will share the traumatic experience they’ve had.”

Mayor Muriel Bowser and Contee opposed parts of the plan, including the decriminalization of certain public nuisances, such as urinating in public or noise violations.

“The concept, we’re not opposed to,” said Bowser of the misdemeanors change. “But we are opposed to placing that burden on our courts, which are experiencing a vacancy crisis — and one that we locally can’t change.”

Whereas states around the country can appoint their own judges to state courts, D.C. judges have to be nominated by the president and confirmed by the Senate.

“Right now, we’re down 14 judges. They are already catching up on felony trials,” said Bowser. “We don’t expect that problem will go away in a year, two years, or three years. That will really gum up our criminal justice system.”

The vote on the 450-page bill is the first time D.C.’s criminal code has been overhauled since Congress wrote it 120 years ago.

The D.C. Council will cast a second and final vote on the overhaul of the criminal code later this month or early next month. It will then be sent to Bowser for her signature and then on to Congress for its review.

The congressional review period is 60 days. In all likelihood, Republicans will be in control of Congress before the review period expires.

D.C. Council votes to reduce penalties for burglaries, carjackings and to legalize public urination added by Editor Two on November 2, 2022
View all posts by Editor Two →