Murder rates in U.S. rose significantly during the Covid pandemic. And it was not just in major cities. Murder rates across the rural U.S. also soared as America was locking down.

Homicide rates in rural America rose 25% in 2020, according to the CDC, close the the 30% increase in metropolitan areas. 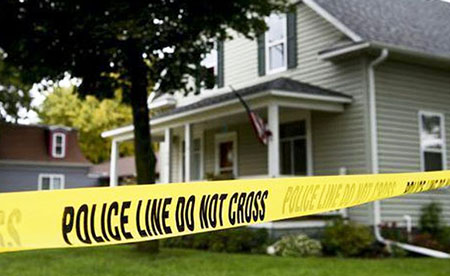 “It was the largest rural increase since the agency began tracking such data in 1999,” the Wall Street Journal noted in a June 10 report.

While the CDC hasn’t analyzed 2021 homicide data yet, murder rates remained high last year in some rural counties while in others they have begun to recede along with Covid, the report said, citing data from local law-enforcement agencies.

“In cities, law enforcement and civic leaders have blamed the increase in violent crime on factors such as police pulling back after racial-justice protests, the proliferation of guns, initiatives to release more criminal suspects without bail and a pandemic pause in gang-violence prevention programs,” the report said. “In rural counties, where ties between police and locals are often less fraught, officials say the reasons for the rising violence are hard to pinpoint. They speculate that the breakdown of deeply rooted social connections that bind together many small communities, coupled with the stress of the pandemic, played a role.”

Meanwhile, Bill Gates, a billionaire who is not a medical doctor and has never been elected to any office, continues to insist that governments pump billions of dollars in preparations for the next pandemic

Gates, speaking at the Time 100 Summit on Tuesday, called for the world to create a global team of some 3,000 infectious-disease experts to help all countries improve their epidemic responses and equip local scientists with the means to report outbreaks. The cost for the team, Gates said, would be $1 billion annually.

He called it a “Global Epidemic Response and Mobilization” team, which would be managed by the World Health Organization, per Time magazine. And he said one of its key responsibilities would be to run outbreak drills for countries to test how prepared they are.

“The chance of another pandemic in the next 20 years, either natural or intentional, I’d say, is over 50%,” Gates said.

Washington Times columnist Cheryl K. Chumley noted: “No joke. He’s putting into play the next wave of virus lockdowns; the next stage of health emergency orders; the next phase of seizing individual liberties from supposedly free American citizens.”

The suspension of in-person church services, town gatherings and everyday exchanges between neighbors, played a significant role in the uptick in violent crime, pastors say.

“Such interactions can serve as guardrails, helping to prevent conflicts from turning violent. The psychological and financial stress due to isolation and job loss were especially pronounced in remote areas, where social services were limited even before Covid-19 struck, local leaders say,” the Journal noted.

• In March 2022, White County, Arkansas prosecutor Rebecca McCoy said she was called to the trailer of a 72-year-old man who had been bludgeoned to death with a baseball bat. It was White County’s first homicide in almost two years. By that December, there were 11 more.

• In Marion County, South Carolina, Sheriff Brian Wallace and his deputies worked nine killings in 2021, including the execution-style shooting of an 80-year-old retired teacher whose family the sheriff knew personally. It was the highest annual body count he had seen since he joined the small department more than two decades earlier.

• In June 2020, Josh Buls, a detective in the sheriff’s office in Flathead County, Montana, arrived at a home in Olney to find the bodies of a woman, her 3-year-old daughter and a male friend. All had been stabbed to death. The perpetrator, the woman’s estranged husband, had shot himself in the head before deputies arrived. The six homicides in 2020 in the county of 108,000 were a record, as were the 51 statewide, according to state crime analysts.

Veteran law-enforcement officials said they had never before witnessed the level of violence of the past two years.

“It was like people lost their ever-lovin’ minds,” said McCoy, the prosecuting attorney in White County.

McCoy the unprecedented string of homicides in 2020 began the same month that Covid hit. Over 10 weeks starting that March 4, six people were murdered in the small towns that dot the county of 77,000, about 60 miles northeast of Little Rock.

During an interview with the Wall Street Journal in her office in Searcy, McCoy cried as she recalled the day in June 2020 when she and county detectives arrived at a house in the town of Bald Knob to find the body of a 5-year-old girl whose throat had been slit by her father. They found the father overdosed in his car in a nearby state park a few hours later. Attempts to revive him failed.

McCoy concluded that the stress of the pandemic had contributed to disagreements escalating into violence.

In Marion County, S.C., which has about 28,700 residents and more than 100 churches, “pews used to be packed every Sunday. After services, people would pour into restaurants to eat seafood and Southern cooking,” the Journal’s report noted. “When Covid struck, some churches stopped in-person services, and restaurants shut down. Walmart started closing early. People no longer stopped to socialize in the grocery store.”

Authorities said that as the pandemic wore on, troubled individuals became even more isolated, and in some cases, tipped over the edge.

“There are parts of our county that don’t even have Internet service,” said Tammy Erwin, a victims’ advocate for the Marion County Sheriff’s Office. “So it’s not like everyone could just jump on Zoom.”

Just before midnight on Oct. 28, 2020, one of Sheriff Wallace’s deputies came upon an SUV with its windows fogged outside the Park & Blow Handi Mart. He could make out a man inside sweating heavily and sitting on something. When he looked closer, he saw the body of a woman, eyes bulging. She had been stabbed multiple times with an ice pick.

Johnny Michael Dillard, 57, was charged with killing Kemethia Spain, 51. He was found not competent to stand trial and has been committed to a facility for the mentally ill.

Spain’s homicide was one of 15 that Marion County deputies responded to over the past two years, equal to the previous 10 years combined. “I’ve never seen these numbers before, nothing even really close to that,” said Sheriff Wallace.

An American Farm Bureau Federation poll taken in December 2020 found that two-thirds of adults in rural America between the ages of 18 and 44 said they experienced more mental-health challenges than in the prior year. According to a CDC survey conducted in June 2020, 12% of responding adults in rural areas reported starting or increasing their use of drugs or alcohol to cope with pandemic-related stress.

Heino said rising methamphetamine use and mental-health problems during the pandemic contributed to more erratic behavior and more violent interactions between officers and suspects. Law enforcement in the county was involved in six shootings since May 2020, including four fatal ones. Before then, the last time a Flathead County deputy had killed anyone was 2007.

When the owner of Snow Slip Motel Bar & Cafe near Essex was shot dead in April, news spread quickly among those living near the peaks and forests of Glacier National Park. Jim Noffsinger, a 57-year-old construction superintendent and rancher, locked his front doors for the first time.

“I’ve been accused of many things in my life, but being scared was never one of them,” he told the Journal. “Such a place of serenity has taken on a dark shadow.”