An aborted child has been recognized as a person with rights by an Alabama probate court.

The court’s decision this week will enable the father, Ryan Magers, to sue the abortion clinic Alabama Women’s Center for Reproductive Alternatives, its staff and a pharmaceutical company on behalf of his aborted child’s estate. 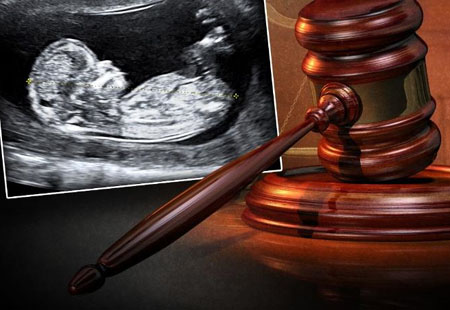 “We are very pleased with the court’s decision to recognize Baby Roe as a person who has a right to have her case heard. It is the first time in history, as far as we know, the voice of those who cannot speak for themselves has been heard in a court setting,” Laura Glidewell, a spokesperson for pro-life nonprofit Personhood Alabama, told the Daily Caller.

Magers plans to seek a jury trial in what he and his attorney say is the wrongful death of Baby Roe. Magers filed the suit in Madison County in February, about two years after his girlfriend aborted Baby Roe at around six weeks’ gestation. He said that his girlfriend had the abortion despite him begging her to keep the baby, as WAAY 31 reported last month.

“I’m here for the men who actually want to have their bab[ies],” Magers told WAAY 31 at the time.

Magers’ attorney, Brent Helms, told the Daily Caller that this was the first part of a two-part case, saying, “The probate judge in Madison County Alabama recognized Baby Roe, an aborted fetus —  as a person —  and so that was a win.”

“Not only that,” he added, “but granted Baby Roe the opportunity then, by Alabama law, to sue on Baby Roe’s own behalf by and through Ryan Magers, who was named as Baby Roe’s administrator or personal representative. . . . So, now we have a wrongful death case, which is part two, essentially. And that allows Ryan to sue on his own behalf and then as the administrator of the estate of Baby Roe.”

Alabama’s Supreme Court recognized the personhood of unborn children from the moment of conception in 2016.

“The newly elected Chief Justice of the Alabama Supreme Court, Tom Parker, has written some of the most powerful opinions on this issue that we have seen in the post Roe era, and we are very hopeful that Alabama will continue to lead the country in standing up for the rights of the pre-born,” Gualberto Garcia Jones, president of the pro-life group Personhood Alliance, told the Daily Caller.

“While a lot of liberal states have been increasingly active in assaulting the pre-born’s personhood, in Alabama, they have consistently upheld the view that the pre-born child is a person deserving equal protection under the law,” Jones said.

A pro-abortion group slammed the decision.

“An Alabama court has become the first in the [United States] to grant ‘personhood’ rights to a fetus. This means the order of rights would be: 1. man who impregnated woman 2. fetus 3. PREGNANT PERSON. This is chilling – and completely unacceptable,” the National Association for the Repeal of Abortion Laws (NARAL) tweeted.

“[Roe’s mother] is one voice among three in this scenario,” Ilyse Hogue, NARAL’s president tweeted. “The Court will determine how important her voice is, but the fact that two others argue legal standing is chilling.”

Helms anticipates that the case, which is currently in Alabama’s lowest state courts, will likely make its way to the state’s Supreme Court.

The clinic must respond to Magers’ wrongful death suit on or before April 1.