A leading voice among coronavirus contrarians has said “it is now clear that the lockdowns were a major mistake everywhere except the New York City metro area, and possibly even there.” 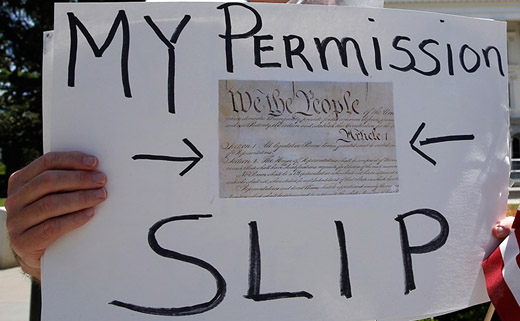 “The argument as to whether they were a mistake in NYC rests on a couple of complicated debates about whether they work at all in time to make a difference, but everywhere else, it is clear that the coronavirus is simply not dangerous enough to the general population to justify the measures we have taken,” author and former New York Times reporter Alex Berenson said.

Berenson, who characterizes the debate as one between “Team Pandemic” and “Team Reality,” has been highly criticized by supporters of the COVID-19 lockdown as the argument rages over whether the states should move more quickly to open up or stay shut down.

Stanford University School of Medicine professor John Ioannidis warned on March 17 that the rush to implement sweeping coronavirus lockdowns could be “a once-in-a-century evidence fiasco.”

At the time, Ioannidis “was a lone voice amid the rising pandemic panic,” Washington Times reporter Valerie Richardson noted on April 28.

“Not any longer. As the statistical models on deaths are revised downward and the economic and social costs of the stay-at-home strategy grow more dire, contrarians are diving into the data and asking whether the lockdown pain was worth the gain — or whether the COVID-19 reaction was overblown,” Richardson wrote.

Dr. Ioannidis said the lockdowns initially were “the right thing to do,” based on the lack of reliable data, but widespread social isolation is no longer the appropriate response to what he described as a “very common, mild infection for the vast majority of the population.”

“Concurrently, it is an extremely devastating infection when it hits specific settings, in particular nursing homes and contaminated hospitals at full capacity,” Ioannidis said. “Based on what we know now, draconian measures focused on protecting these vulnerable settings … seems more efficient and appropriate as a strategy than continuing blind, overarching lockdown.”

The shutdown’s drawbacks include “poor disease outcomes and health system collapse as patients avoid hospitals; massive unemployment leading to people becoming uninsured and susceptible to many diseases, far worse than coronavirus; increase of the number of people at risk of starvation to 1.1 billion,” Ioannidis said.

“Currently the harms of prolonging lockdown are so overwhelming … that we urgently need to find ways to move away from lockdown,” Ioannidis said.

Economist George Gilder declared Saturday in RealClearMarkets that the “pandemic is over” and called for the nation to “stop the economic suicide and get back to work.”

He and others increasingly have cited the business-as-usual approach adopted by Sweden, which has isolated its elderly and vulnerable and limited gatherings to 50 or fewer, but kept open elementary schools, restaurants and shops.

The result is that Sweden’s cases and deaths are higher than those in neighboring Denmark, Finland and Norway but lower than those in Spain and Italy, the most devastated European countries.

“Sweden is developing herd immunity by refusing to panic,” National Review’s John Fund and Joel Hay said in an April 6 article, which predicted Sweden would prove the “alarmists” wrong.

Mr. Gilder cited a global study by Tel Aviv University professor Isaac Ben-Israel, a mathematician and chairman of Israel’s National Council for Research and Development, who found that the virus peaks after about 40 days and that spread fades to nearly zero after 70 days.

The phenomenon occurred worldwide no matter whether the country enacted a strict lockdown or followed the Swedish example, according to Ben-Israel’s April 16 paper.

“Certainly, a full complete lockdown reduces the spread of the virus,” said the study. “However, as the above data shows, there is an apparent similar decline in the rate of infection even in countries that did not enforce a full shutdown.”