Given the massive amount of fake identification papers that circulate among illegal aliens, there is no doubt that large numbers of non-citizens vote in U.S. elections, a research group said. 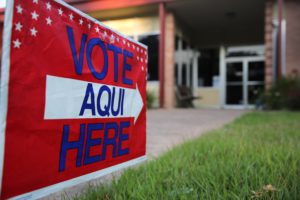 Just Facts, founded in New Jersey 20 years ago, released its findings as President Donald Trump was setting up a task force on voter fraud headed by Vice President Mike Pence.

Agresti said the evidence of vote fraud may not be strong enough to “quantify an undoubtable range, but it is certainly not zero, as the critics say, and it may be as high as Trump claims (up to 5 million).”

In 2014, two professors at Old Dominion University (ODU) and one at George Mason University collaboratively released a study saying non-citizens vote illegally in U.S. elections, and they vote mostly for Democrats. The liberal media and academia have tried to invalidate the findings ever since, the Washington Times report said.

“An Amherst and a Harvard professor, plus a professional pollster, played large roles in conducting the survey from which the ODU researchers extrapolated their findings,” the report said. “After reading the ODU research in 2014, they issued rebuttals.

“The professors picked apart their own numbers, deeming them too small a sample to be reliable, and settled on a conclusion that the 20 million adult non-citizens in the U.S. voted at a rate of 0 percent or in numbers too small to register.”

The left-leaning media wholeheartedly accepted the professors’ attempted discrediting of the work of professor Jesse Richman at ODU and two colleagues and declared it “debunked.”

In news stories on Trump’s assertion that millions of illegal immigrants vote, if the ODU paper was mentioned, there appeared the adjective “debunked.”

ABC News anchor David Muir to Trump: “What you have presented so far has been debunked. It’s been called false.” The Atlantic magazine asserted in a story that the ODUstudy “has widely been debunked.”

The three professors stand by their analysis and this month updated a paper defending their statistics, the Times report said.

Agresti’s analysis did not discuss just statistics, but cited government reports on the “huge amount of fake identification papers that circulate among illegal aliens, including Social Security numbers and birth certificates,” the Times report said. “Both are gateways to voter registration.”

During Fox News anchor Bill O’Reilly’s pre-Super Bowl interview with Trump, he brought up the case of a five-times-deported illegal alien accused of killing Kate Steinle in San Francisco, a sanctuary city.

O’Reilly asked the president: “Why do the Democrats oppose that, protecting Americans from violent foreign criminals?”

Trump answered bluntly: “Because they think that’s their voter.”