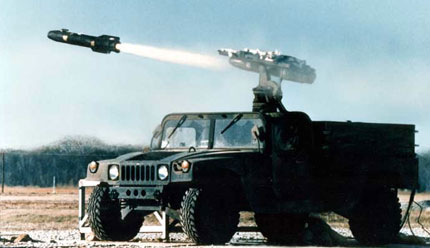 In a democratic country, everyone may have his or her own vision of the country’s political course after the election. Under Lenin, who died (1924) and was buried grandly, there had been no election, since elections are “tricks of bourgeois propaganda.” It was assumed that the “people” had considered Lenin’s power — their power. However, Stalin could not resist the entire adult population of Russia voting for him. Before WWII, Russian nationalism had been regarded by the Soviet propaganda as something backward even if it was not poisoned by anti-Semitism, later a heinous Nazi crime. In Soviet propaganda, every nation, except the nations of Soviet Russia, still consisted of the rich, who oppressed, robbed, and jeered at the poor. All that necessitated a “socialist revolution”! The Nazi anti-Semitism was a special target of Soviet propaganda. There was a poem which, in particular, read: His dark brown uniform is stained with an old Jew’s blood And the swastika of a venomous snake nests cosily on his chest But after WWII, Stalin’s propaganda became anti-Semitic. Of course, who could put to death all Jews living in Russia? Only God! The statues of Stalin as God were already displayed in some museums in Moscow. Jews were silently dismissed from their jobs and were to be carried by transport ships over rivers to death camps. But STALIN — DIED! The joke in Moscow was that the old God of Jews was still more powerful and killed the new God Stalin. Lenin and Stalin had seized Russia first militarily — and then came the “elections” of Stalin. Hitler had been made the “leader” of Germany in the 1930s. Mao had conquered China by 1949. That is, in such countries, the world is returning to a state when a huge country would be ruled by a single person. Except that today he will not be an emperor, ruling as a son of his father (the previous emperor), but as someone whom propaganda had represented as the greatest or the second greatest man who had ever lived, though after Stalin’s death the attitude of his former propaganda was changed by the new rulers. There is no doubt that the elections are one of the greatest gains of freedom. Nor is it in doubt that the playing at freedom of the three countries I mentioned is a caricature. Stalin’s rule is one of the worst in the history of Russia and perhaps of mankind. And the “elections” of Stalin fit all the other horrors of his rule. It has to be noted that Russia had never been a fully democratic country. Stalin abused that backwardness by having his “elections.” He was a political ignoramus, preserving a politically ignorant country, while developing everything necessary for the world’s most powerful armed forces. The general question is, which way has mankind been moving since 1914: the way of the democratic countries or the way of sliding back toward political antiquity of millennia ago? It is the latter path that is being pursued by the new emperors of political antiquity — and that part of the population of the globe which has never witnessed anything more modern politically than political antiquity. Some 20 years ago no one in the democratic West heard anything about China, renamed the “People’s Republic of China” in 1949. Now China is of interest to the democratic West because of its military drive based on its population of 1 billion 300 million people. Politically, China lives in antiquity, as now every observer can see. What about the rest of the globe outside the democratic West? A reader of mine writes to me worrying that I pay no attention to the Moslem world, with its dangers to the democratic West. He is right. The map of the world is complex and is mostly ignored. We often behave as though our globe is a new house, and we are its first tenants. Actually, China existed for millennia without anyone outside it knowing that spread among the Chinese was the belief that they are the “chosen few,” the conviction known by the West as a peculiarity of some Germans (“Aryans”). Think about what surprises await the study of the human population of our Earth and how those surprises will behave in touch with military technology, so highly developed in many politically backward countries. In the 20th century, we had two world wars, using the twentieth-century science and technology. In one of his abysses, Hitler invaded “Soviet Russia,” was routed, and committed suicide. Think of all the abysses that might come. Lev Navrozov can be reached by e-mail at levnavrozov@gmail.com. To learn more about and support his work at the

Continuing crisis: Politically backward nations with advanced weapons added by Editor One on January 16, 2011
View all posts by Editor One →