NAIROBI — A South African man who was hired as a content moderator for Facebook in Kenya says he is “living a horror movie” after being subjected, without being forewarned, to graphic violent content and a toxic working environment.

Daniel Motaung has sued Meta, stating that he and his colleagues suffered psychological injuries. 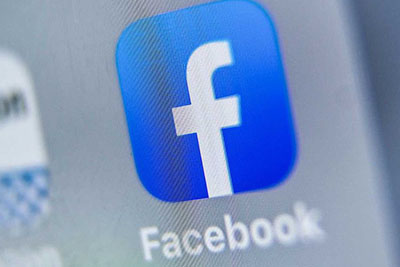 Motaung was employed as a moderator by Meta’s local outsourcing company, Samasource Kenya EPZ ltd. He is seeking damages for the suffering he says he underwent in the six months he worked for the social media firm.

In his lawsuit, Motaung said he had no idea that he would spend his working hours looking at photos and videos of the most graphic and violent content imaginable.

“Content moderation at Facebook has been found to pose a risk to workers’ mental health. Because of their repeated exposure to gruesome content such as beheadings, torture, and rape, a significant number of Facebook moderators’ contract post-traumatic stress disorder (PTSD),” Motaung said.

“I have been diagnosed with severe PTSD,” Motaung told Reuters. “I am living …a horror movie.”

The first video Motaung remembers moderating was a beheading. The disturbing content piled up, but Motaung says his pay and mental health support were inadequate.

Motaung’s lawyers said that Meta and Sama created a dangerous and degrading environment where workers were not given the same protections as employees in other countries.

Meta has asked to have the lawsuit dismissed, arguing that the Kenyan courts do not have jurisdiction to determine the case, Business Daily Africa reported.

Fred Ojiambo, an attorney representing Meta, said Motaung failed to disclose to the court that he signed a non-disclosure agreement as a moderator, which barred him from giving evidence against the organization. The case will be heard on June 23.

Shortly after joining Sama, Motaung tried to form a union to advocate for the company’s roughly 200 workers in Nairobi. He was fired soon after, which he and his lawyers say was because of the unionization attempt. Union rights are enshrined in the Kenyan constitution.

Last year, a California judge approved an $85 million settlement between Facebook and more than 10,000 content moderators who had accused the company of failing to protect them from psychological injuries resulting from their exposure to graphic and violent imagery.

Facebook did not admit wrongdoing in the California case but agreed to take measures to provide its content moderators, who are employed by third-party vendors, with safer work environments.