The founder of the U.S. Concealed Carry Association said membership and interest in its training classes have increased substantially since the Parkland, Florida school shooting. 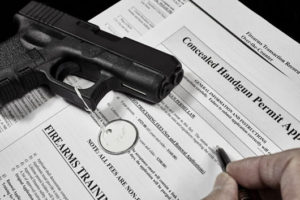 “I think that the massive news coverage of events like that gets people to realize, at least admit to maybe their own vulnerabilities,” Tim Schmidt, the group’s founder and president told The Washington Times. “And therefore, they want to be able to at least have a chance of protecting themselves, and so that’s why a lot of them will start down that path of learning more.”

Matthew Maruster, the lead firearms instructor at Zenith Defense in Ohio, told the Times he is seeing about four times his typical web traffic and probably twice as much compared with the aftermath of other high-profile shootings.

“Just personally from what I see – and I speak to a lot of anti-gun people and pro-gun people – I see a lot more people kind of coming to the realization that, ‘Hey, I need to be able to have a firearm because I have to be the person who’s going to protect my family,’ ” he said.

The National Carry Academy in Minnesota reported a 200 percent increase in the number of people taking its concealed carry classes since the shooting at Marjory Stoneman Douglas High School in Florida.

“It’s kind of unprecedented, at least in our experience,” Chris Schutrop, the company’s CEO and co-founder, said according to the report. “We’re seeing just a lot of interest and a lot of people taking the class – more than we’ve really ever seen before – even more than previous mass shootings that have happened or election cycles and stuff like that.”

Maruster said Parkland may stand out in many Americans’ minds because an armed sheriff’s deputy was at the school but did not enter as shots were fired.

“They see the vulnerability of putting all their trust in the police to protect them,” he said. “They see it as, ‘Oh, I can’t believe this happened and there were police officers there that didn’t act appropriately.’ ”

According to the Giffords Law Center to Prevent Gun Violence, 38 states generally require permits to carry concealed weapons in public, and 12 allow concealed carry without permits.