President Barack Obama is in open defiance of the U.S. Constitution.

This week, in an address to the nation, he announced he is granting relief from deportation to approximately 4 to 5 million illegal immigrants. He is doing this, even though he has said, in numerous speeches since he assumed office in 2008, that he does not have the constitutional authority to transgress or alter current immigration laws. He is now governing by diktat, acting outside of the law, overriding the separation of powers and our system of checks and balances. His action is unprecedented in American history, launching us into a full-fledged constitutional crisis. 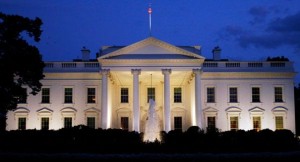 There is only one response commensurate with this brazen power grab: impeachment.

Republican leaders such as House Speaker John Boehner issue press releases referring to a “lawless” president, an “Emperor Obama.” Boehner said during a press conference in response to executive amnesty that “all options are on the table.” Yet, he is too cowardly to utter the one key word that could put teeth into his threats: impeachment. The Speaker’s position is untenable. If a president who acts like an emperor is not impeachable, then who is?

Even the fiery Texan Republican Sen. Ted Cruz will not go that far. In a Nov. 19 appearance on Fox News’ The Kelly File, he called the president’s actions illegal and despotic. But, he then broke into Washingtonspeak in which serious misdeeds, even crimes, have only nebulous and verbal consequences. In response to the president’s actions, he called for blocking his nominees and “using the power of the purse” to defund executive amnesty. This is simply tantamount to business as usual — or more gridlock — of which we have plenty already. This is akin to fighting a roaring lion with a stick pin.

Obama’s illegal gambit will therefore be left standing; he proceeds with impunity, especially from the perspective of one who, based on the midterm shellacking, was not going to have any governing clout for the next two years. He is left to wield unilateral power largely uncontested. This is the only means he has left to continue his stated objective of “fundamentally transforming America.” By opposing him with small-ball maneuvers, Congress will allow him to do so while pretending otherwise.

The main question for the American people is: By doing nothing, or very little, will we be complicit in the president’s destruction of our Constitution and Republic?

The only appropriate response to this assault on our government and way of life is for the GOP to draw articles of impeachment. The leadership must have the courage to present the case for impeachment to the American people. Once a muscular case is mounted, the president’s most stalwart supporters, including many African-Americans, will have to agree a line has been crossed.

Obama has made his gambit on an issue that has staunch African-American opposition. He has now spurned their core interests primarily to court political favor with Hispanics and major corporate forces while undermining national interests vital to the welfare of all its citizens and their descendants. He has abandoned the low-wage African-American worker for illegals. This outrageous betrayal can no longer justify the loyal support of African-Americans.

If African-American support for the president crumbles — and this issue may bring that house of cards down — the president can and will be impeached. He has chosen the one issue for his executive amnesty that has the potential to fracture his base irrevocably.

The crusade for impeachment will likely succeed in the House of Representatives. Even if, in a worst-case scenario, this is where the campaign ends, it is still worth doing for the long-term good of the Republic. History will record that the people took a stand against a tyrant and defended their rights. Furthermore, the stain of impeachment by the House will be with Obama throughout time, recorded in the nation’s history books as a stinging rebuke. This will be instructive to future generations.

Once the House votes to impeach Obama, it will then be the responsibility of the Senate to convict him and remove him from office. If impeached by the House, will the president’s poll numbers plummet even beyond these current low standings? If so, many Democrats in the Senate will have a vested interest to do what is just. In addition, they will be put to the test: forced to choose between upholding their own oath of office to protect our Constitution or side with a tyrant. They will be placed in a vice-grip, obliged to select party loyalty or patriotic duty. Who can predict how many will fulfill their sacred trust to the Republic?

Should the impeachment effort fail in the Senate, the judgment of history will nonetheless be upon each and every member who abandoned the Republic in its time of crisis. That is a heavy burden to bear.

It is thus high time GOP leaders put their money where their mouth is. They cannot on the one hand say we are dealing with a despot, dictator, a monarch, or an emperor and then play footsie with him.

If the president’s governance by unilateral decree is not worthy of impeachment, then what is? In other words, if we do not impeach the president on grounds that are clearly impeachable, then what use is this provision in the Constitution? We will thus become the very enablers of its demise.

The time of testing is indeed here: Either we save our Republic now or we are complicit in its destruction — not because we do not understand the magnitude of these events but because we do not have the mettle to fight for our very own birthright.

To rescue those who have broken our laws, Obama breaks even more laws: If we do not stop him and deport him from office, our nation will spiral into chaos.

Grace Vuoto is the Editor of Politics and Culture at WorldTribune.com, host of American Heartland with Dr. Grace on WTSB Radio and is the founder of the Edmund Burke Institute for American Renewal.