As state supreme courts step in to halt the lockdown orders of politicians who seemingly believe the U.S. Constitution can be ignored in states of emergency such as the coronavirus, Democrats will be paying a heavy price at the ballot box in November, a columnist said.

“Using their respective state constitutions (which generally mirror the U.S. Constitution when it comes to fundamental rights), the supreme courts of Wisconsin and Texas have spoken up for liberty in the face of two months of ‘state of emergency’ punishing restrictions on liberty,” Thomas Lifson noted in a May 14 op-ed for American Thinker. 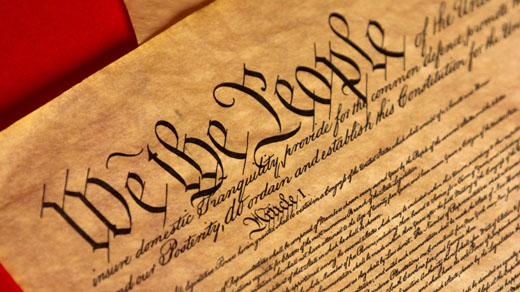 “Politically, Democrats have wagered that the public will remain frightened enough to accept a new Great Depression in the name of avoiding a phantom catastrophe, such as the 2.2 million deaths predicted by Imperial College, whose director flouted the limits placed on British subjects and visited his mistress while infected. I continue to stand by my prediction that Democrats will pay a huge price in November for impoverishing Americans over a chimerical danger.”

Lifson continued: “The concept of a ‘state of emergency’ can be used to suspend constitutional limitations on the powers of government, as has been the case with the response to the Wuhan virus pandemic. But under our system of justice, there has to be a reckoning, and finally we are beginning to see state supreme courts acknowledging what Barack Obama notoriously called ‘negative liberties,’ also known as limits on governmental powers, also known as protections against tyranny.”

The Wisconsin Supreme Court on Wednesday struck down Gov. Tony Evers’ coronavirus lockdown order, ruling that his administration overstepped its authority when it extended it for another month without consulting legislators.

The 4-3 ruling essentially reopens the state, lifting caps on the size of gatherings, allowing people to travel as they please and allowing shuttered businesses to reopen, including bars and restaurants. The Tavern League of Wisconsin swiftly posted the news on its website, telling members, “You can OPEN IMMEDIATELY!”

The decision let stand language that had closed schools, however, and local governments can still impose their own health restrictions. In Dane County, home to the capital of Madison, leftist officials quickly imposed a mandate incorporating most of the statewide order. City health officials in Milwaukee said a stay-at-home order they enacted in late March remains in effect.

“The two big cities in the Badger State, Milwaukee and Madison, are hopelessly blue, so their residents will reap what they have sown when it comes to restrictions on their activities,” Lifson wrote. “But in the rest of the state, where the virus is less active, common sense will prevail, and people will be free to gauge their own risks, unless local officials, directly accountable to voters, act.”

In Texas, Justice James D. Blacklock, writing for the majority in a one-page decision denying a writ of mandamus in the case of Shelly Luther’s hair salon, “articulated thoughts that should weigh on every public official acting to restrict liberties in the name of fighting emergencies,” Lifson wrote. “The default position must always be to protect rights, and any contravention of thise rights must be minimal and justified. This is what our revolution was fought to protect.”

Justice Blacklock wrote: “The Constitution is not suspended when the government declares a state of disaster. In re Abbott, No. 20-0291, 2020 WL 1943226, at *1 (Tex. Apr. 23, 2020). All government power in this country, no matter how well-intentioned, derives only from the state and federal constitutions. Government power cannot be exercised in conflict with these constitutions, even in a pandemic. In the weeks since American governments began taking emergency measures in response to the coronavirus, the sovereign people of this country have graciously and peacefully endured a suspension of their civil liberties without precedent in our nation’s history. In some parts of the country, churches have been closed by government decree, although Texas is a welcome exception. Nearly everywhere, the First Amendment ‘right of the people to peaceably assemble’ has been suspended altogether. U.S. Const. amend. I. In many places, people are forbidden to leave their homes without a government-approved reason. Tens of millions can no longer earn a living because the government has declared their employers or their businesses ‘non-essential.’ ”

Blacklock continued: “Those who object to these restrictions should remember they were imposed by duly elected officials, vested by statute with broad emergency powers, who must make difficult decisions under difficult circumstances. At the same time, all of us — the judiciary, the other branches of government, and our fellow citizens — must insist that every action our governments take complies with the Constitution, especially now. If we tolerate unconstitutional government orders during an emergency, whether out of expediency or fear, we abandon the Constitution at the moment we need it most.”

Lifson concluded: “These judicial actions — and there will be more later — will help solidify the growing public revulsion against loss of liberties in the name of fighting an epidemic that, while concerning, has not lived up the scary estimates driven by computer models that have not proved out as remotely realistic.”