With little baby formula available and, according to researchers who examined Pfizer’s vaccine trial documents, with some or many vaccinated moms having compromised breast milk, it turns out that Bill Gates, Jeff Bezos, Richard Branson, and Mark Zuckerberg have all invested in a startup which produces lab grown breast milk from mammary cells. 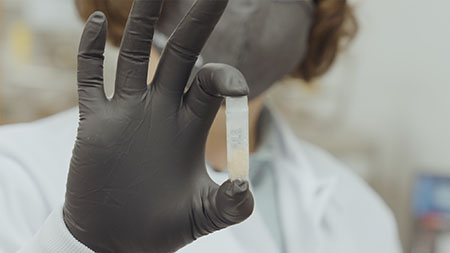 The company is called Biomilq, and reports on the startup which many of the world’s richest dudes have invested in include this Frankenstein-like language: “The BIOMILQ team creates its product from cells taken from human breast tissue and milk, donated by women in the local community, who get a Target giftcard in return.”

The co-founder and CEO of Biomilq is Michelle Egger, a so-called “food scientist” who worked at General Mills and at the Gates Foundation. Egger told CNBC that she hopes the breast milk produced by Biomilq from culturing mammary epithelial cells will help reduce the carbon footprint from the global infant formula market, which Fortune Business Insights says will surpass $103 billion by 2026.

Coincidentally — or not — the same FDA that turned a blind eye to vaccine trial harms to moms and babies in the Pfizer documents declared that Abbot had to close its factory earlier this year.

Biomilq officials told CNN last month that its product is still three to five years from going to market.

Fatty acids, which help brain development and growth, and hormones such as cortisol, which helps develop the baby’s sleep cycle, come from the mother’s blood, says Shenker.