CNBC ‘contributor’ (and Pfizer board member): Vaccine is ‘going to be liberating’ for kids’ lives

Here’s where the road gets especially bumpy for the coronavirus vaccine mandate zealots.

Things were hard enough already when they began calling for mass firings of employees who resisted receiving the experimental jab. But now the bullying enters an ominous new phase: forcing kids to get shot up. 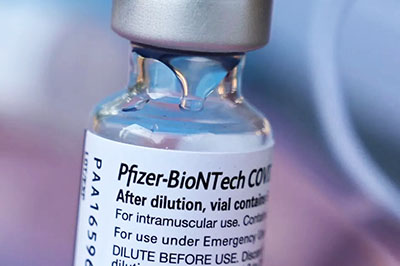 An observant person may conclude that a carefully pre-planned timetable has been laid out for the mandate regimen. After an artillery bombardment of harsh coercion of adults that included threatening their livelihoods had normalized the vax enough to soften the ground, the infantry assault on America’s kids could proceed in full measure.

But the adult pressure campaign has not produced the anticipated results. In fact, it is leaking oil everywhere.

Inexplicably to the vaccine regime, it turns out Americans are willing to lose their jobs rather than submit to forced medical experimentation. It is in this atmosphere of heightened resistance that the campaign to target kids is now attempting to take its first tentative steps into the national mainstream.

This is being undertaken via the usual means: tapping the dominant media platforms that work for the establishment. Case in point: CNBC’s Oct. 25 interview with former Food and Drug Administration head Scott Gottlieb.

What a ridiculous disclaimer tacked on at the end of the article, CNBC (bold added throughout this article):

Grudgingly pretending to pay homage to the slightest adherence to journalistic ethical standards via howlingly outrageous “disclosures” such as this while still wallowing in flagrant conflict of interest is the latest calling card of the thoroughly owned big-box media apparatus.

Thus we see CNBC not even batting an eye as it quotes its Big Pharma corporate partner as making news when he says this:

“My kids are becoming eligible for vaccination and I’ll get them vaccinated as soon as they’re eligible. I have confidence in the vaccine,” said Gottlieb, former head of the FDA and current Pfizer board member, in a “Squawk Box” interview. “I think it’s going to be liberating for their lives.”

The propaganda really is this heavy-handed. Yet Gottlieb and CNBC evince a recognition that jabbing kids is not going to be a smooth operation:

However, Gottlieb said elementary schools are unlikely to see widespread mandates if the shots are indeed approved for the younger-age kids. “I just don’t see mandates being a prominent feature in how this vaccine is distributed for a long time.”

Gottlieb provides a major clue as to how the attempt to bully parents into getting their youngest children vaxxed will be pulled off:

There’s one difference in the expected approval and rollout of shots for kids 5-11 that may inspire a higher rate of vaccination compared with other age groups, according to Gottlieb.

This is a potent weapon for Big Pharma – an old and reliable one – and it knows it. The use of personal physicians – family doctors, they were once quaintly known as – to push pharmaceutical drugs on their patients is one of the biggest scandals in U.S. medicine over the past 20+ years. Big Pharma provided financial inducements to doctors to pressure those under their care into doping up on its products. It should be no surprise at all that Gottlieb is extremely confident that they can be relied on once again to get America’s youngest and thus most vulnerable kids jabbed.

The Boston Globe showed a less blatant yet every bit as rigid commitment to the cause in an Oct. 25 editorial that openly calls for forced vaccination of school children while fully acknowledging how deeply polarizing such a mandate would be:

The news Friday [Oct. 22] that Pfizer’s COVID-19 vaccine is highly effective in children raises hopes that by Christmas, kids as young as 5 could be receiving their shots and the pandemic could be another big step closer to the end. Unfortunately, it also sets the stage for even more emotional and divisive battles ahead over whether to make those shots mandatory for children.

Much depends on the course of the pandemic as well as the regulatory process. But if and when federal regulators fully approve COVID shots for children, it would make sense to add them to the list of mandatory vaccinations children must receive to attend school safely.

By carefully parsing its words in a concerted effort to avoid sounding too menacing, The Globe reveals that it is no neutral observer but an active participant in an agenda. The entire editorial has the stench of duty about it. The game is fully given away when the paper resorts to one of the most arrogant and destructive elements of the vax-the-kids regimists: undermining parental authority. Again, The Globe tries to walk gingerly as it places its foot on the neck of America’s fathers and mothers:

In the meantime, one way to protect at least one subset of students who could be harmed by the mandate would be to lower the age of consent for receiving shots. Clearly, first-graders should not be making their own medical decisions. But someone who is 16 is mature enough to decide whether to undergo a minor procedure like a COVID-19 vaccine. They may well reach a different conclusion than their parents about whether it’s worth being excluded from school over a vaccine.

There’s no way to spin this off as nicety. A Pfizer exec and his big media colleagues can dance on eggshells all they like but pressuring this nation’s children to undergo medical experimentation is always going to come across as the especially ugly form of elitist tyranny that it is.

CNBC ‘contributor’ (and Pfizer board member): Vaccine is ‘going to be liberating’ for kids’ lives, WorldTribune.com

CNBC ‘contributor’ (and Pfizer board member): Vaccine is ‘going to be liberating’ for kids’ lives added by Editor Three on October 26, 2021
View all posts by Editor Three →