Pennsylvania bill: ‘Parents will not be able to override’ kids’ vaccinations

The June 1 Pittsburgh CBS TV network article was succinct and to the point:

A Pennsylvania state senator is now sponsoring a bill to allow kids ages 14 and older to get vaccines if their doctors recommend it, even if their parents don’t. 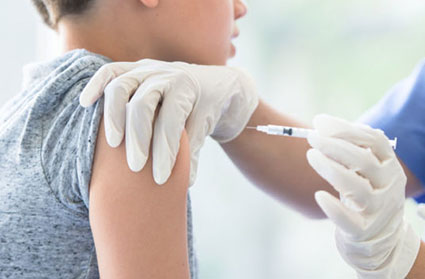 Indeed, state Sen. Amanda Cappelletti had vowed to do as much in a May 4 statement (bold added throughout this article):

“I will be introducing legislation to allow people age 14 or over to consent to Centers for Disease Control and Prevention recommended immunizations as long as that consent is voluntary. “Parents or guardians will not be able to override a minor’s consent for vaccination if the minor is age 14 or over.”

As WorldTribune reported on May 31, as the pressure campaign to inoculate all Americans with the coronavirus jab ratchets up in intensity, a medical push is being made to separate kids from parental authority and shape their minds to embracing A System instead.

Cappelletti is a staunch progressive who formerly worked for the ACLU and served as the Director of Policy for Planned Parenthood Pennsylvania Advocates. On April 1, her official Twitter account retweeted a highly disturbing article about parents who encouraged their six-year-old child to embrace a “nonbinary” gender identity:

Here’s a feel good story about gender identity. May all parents of trans and non-binary children be like these parents. Thank you for sharing your story. https://t.co/WEPvbAWg6B

There is an important takeaway from this story. The mother of the child is quoted as writing in a Facebook post:

“The best advice we have gotten is to follow our child, and that is what we are doing. … Not in my wildest dreams did I think I’d be struggling with these issues. … Control over our children is an illusion and I’m glad I learned this lesson early. Still I am so happy with the family we are.”

Meanwhile, to the north, in the western Canadian province of British Columbia doctors appear to be openly relishing their usurpation of parental authority over the lives of children. CTV News reported on June 1:

Metro Vancouver doctors are fielding vaccine questions from anxious teens, some of whom go on to get COVID-19 shots without their parents’ knowledge or approval.

Whether their parents are a little vaccine hesitant or staunchly anti-vax, children as young as 12 years old are approaching doctors for information on how to get vaccinated, some voicing concerns about being found out even though physicians aren’t obligated to notify parents of medical advice or treatment given to minors.

One doctor in particular was especially zealous:

“They’ve asked where to get them, they’ve asked whether it leaves a tell-tale scar,” said Dr. Eric Cadesky. “When I hear stories like that, it really makes me confident that the future is going to be a lot better than the present in terms of these young men and women growing up to be our leaders and how thoughtful they are, but also how hesitant they are and how conflicted they are thinking their parents may not approve of something that we know is in their best interest, and ultimately in their parents’ best interest as well.”

Another was equally forthright:

“Most of those teenagers have been coming with a parent or older sibling, however we have some teenagers that come alone and we treat them like an adult, we treat them like an independent person,” said Dr. Carolyn Shiau. “As a physician, we would be assessing the client, even at a young age, to say, ‘Do you understand why you’re doing this? Do you understand what this is for?’ And we would go through the same discussion of potential side effects and long-term consequences.”

“Youngsters they deem capable can go ahead and get their shot, with their parents none the wiser,” CTV sums up.

Dr. Cadelsky’s vision of himself as universal parent is well in line with the rather megalomaniac ideas he has about his profession. In a cringeworthy op-ed written for B.C. newspaper The Province on June 1, he played up notions of medical professionals as cartoon superheroes while insisting that the deafening applause ringing in his ears please die down:

We expect heroes to be able to perform miracles. And while much of the care that we give can indeed be thought of as miraculous, there are limits to what we can do….

A pedestal is an unnatural and unstable place to be. So I am turning in my cape and sliding back into my white coat. I appreciate the smiles and good wishes, but let’s keep the loud voices to the 7 p.m. cheer.

Even more laughable is a tweet the good doctor posted last June in reference to the alleged separation of illegal alien children from their parents at the U.S.-Mexican border:

Separating children from their parents is a violation of human rights and has lasting psychological effects. To do this to families seeking asylum is doubly cruel https://t.co/vlejIjomav @DrJRussel @drmattchow @ashleypmiller @tylerblack32 pic.twitter.com/EAj5IZTmUK

Apparently, illegal alien children need their parents’ guidance and direction but when it comes to making health decisions that can very likely affect their entire futures, Canadian kids do not.