We’re past the “this is where we’re heading” phase.

The demonization of the political opponents of the installed Swamp Uniparty regime in Washington, D.C. is taking dramatic and very dangerous turns as summer ends. The timing is no coincidence. For with autumn comes flu season, and the coronavirus justification for even more stunning infringements on the human rights of American citizens will be all the more amped up. 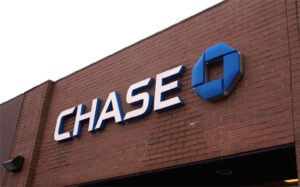 Consider just what we’ve seen reported in the course of a four-day span as August fades away:

On Aug. 29, news broke that JPMorgan Chase, one of the leading bankers in this nation, has canceled the credit card accounts of Retired Lt. Gen. Michael Flynn, citing him as a “reputational risk” due to his outspokenness against electoral fraud and the ongoing incompetence of the Biden administration:

Verified … this is the beginning of very bad things to come…

Here’s my statement: Due to possible risk Of our nation becoming more Fascist than it already is, I will decline to do business with Chase bank. https://t.co/JgTRWFHqNa

Chase Bank has gone full blown woke! They need to deal with their own reputation instead of persecuting my family and I. DOJ dropped my case for their own egregious government misconduct, appears you weren’t that lucky with the DOJ. I guess my America First political views don’t align with yours. Your loss
LINK
I’ll just post the above and this one right here. Have a nice day!
LINK
JPMorgan Chase & Co. Agrees To Pay $920 Million in Connection with
JPMorgan Chase & Co. (JPMorgan), a New York, New York-based global banking

Those two words used by JPMorgan – reputational risk – are deeply alarming. They set the bar for the organized social shunning of the politically incorrect by corporate and other powerful figures so low that this potent tool of public coercion can literally be applied to anybody at any time over anything.

If Americans are deemed socially unworthy of having credit cards due to their personal beliefs, what else can they be denied? Small matters such as housing, employment and emergency medical services immediately come to mind.

Exaggeration? Tell that to the young mother in Chicago who is being barred by a judge from seeing her son because she will not get the jab.

In what many say is the first ruling of its kind, a divorced Pilsen mother has had her child visitation revoked by a Cook County judge because she is not vaccinated against COVID-19.

On Aug. 10, Cook County Judge James Shapiro barred Rebecca Firlit, the mother of an 11-year-old boy, from seeing her son.

Firlit’s attorney, Annette Fernholz, said her client and the ex-husband have been divorced for seven years and sharing custody.

Fernholz said the issue was not raised by her ex-husband.

Rather, the judge asked Firlit if she was vaccinated during a child support hearing via Zoom, and when she said no, the judge stripped her of all parenting time with her son until she gets vaccinated.

And it’s not even September yet. Flu frenzy is right around the corner.

Then there is House Speaker Nancy Pelosi’s Jan. 6 commission, which seeks to attach the scarlet “I” of insurrection to Trump supporters who milled about the U.S. Capitol earlier this year.

Treating political protesters as violent lunatics for “trespassing” on taxpayer-owned property is a necessary pre-condition to eventually casting a far wider net against political dissent.

Which is just what we are seeing now. The commission is “demanding” records on the social media interactions of Trump supporters in the name of quashing treason. Business Insider reported on Aug. 27:

The House Select Committee investigating the January 6 assault on the US Capitol is demanding that 15 social media companies turn over records to lawmakers within the next two weeks, the commission announced on Friday.

“[The committee] is examining the facts, circumstances, and causes of the attack and relating to the peaceful transfer of power, in order to identify and evaluate lessons learned and to recommend corrective laws, policies, procedures, rules, or regulations,” said Chairman Rep. Bennie Thompson of Mississippi, according to a press release.

The commission is seeking records related to misinformation, efforts to overturn the 2020 election, domestic extremism, and foreign influence, including “data, reports, analyses, and communications stretching back to spring of 2020,” the release said.

Each company has until September 9 to respond to the records request.

The entire machinery of our ruling apparatus is being rolled out to aid in this crackdown. The Aug. 26 soft-lens Oprah-esque NBC News interview with U.S. Capitol Police Lt. Michael Byrd, who shot and killed unarmed Trump supporter Ashli Babbitt on Jan. 6, was a shocking display of rigid big-box media complicity with a domineering party line. Which is really saying something given how transparent the collusion has been for some time now.

NBC News portrayed Byrd as rightfully “afraid” yet full of courage as he admittedly aimed at “center mass” to shoot to kill a political protester that he admits he did not know had a weapon on her possession.

There is one word popping up again and again in these kinds of stories. It is a word meant to strip individuals of all rights, regard and even human standing. That word is “QAnon.”

NBC News host Lester Holt employed it to justify the murder of Ashli Babbitt. From an NBC transcript:

LESTER HOLT VOICE OVER: BYRD,ONLY HIS HAND AND GUN VISIBLE, TARGETED A FIGURE TRYING TO CLIMB THROUGH A WINDOW.

The Jan. 6 commission uses it to justify a Stalinist search of the personal communications of Trump supporters. Business Insider reported:

“The Digital General: How Trump Ally Michael Flynn Nurtured — and Profited From — the QAnon Conspiracy Theory,” screams out the June 27 headline in a lengthy feature article at The Intercept.

“Michael Flynn suggested at a QAnon-affiliated event that a coup should happen in the U.S.” reads a June 1 New York Times headline. Terms such as “suggest,” “appear,” “evidence of” and “show how” pepper accounts of Flynn’s alleged staunch QAnon ties.

And, of course, all Americans opposed to taking an experimental vaccine with serious side effects and an unproven record of effectiveness are frequently dabbed with the all-purpose QAnon brush.

“QAnon: How the Anti-Vaxxers Got Red-Pilled,” declares the February 10 headline at entertainment establishment organ Rolling Stone.

In a four-day span at the end of summer, Americans were able to read about their fellow citizens having their banking privileges revoked, their personal communications threatened and their ability to even see their own children denied all because of opinions deemed unacceptable. And, on top of that, they witnessed a major television network informing them that if you speak out too vigorously against all this, you can and will be killed.

By no sane standard can any of this be called “acceleration.” We’re not going somewhere. We’re there.