Last week, Bitcoin saw its first weekly gain after nine consecutive weeks of losses. The flagship cryptocurrency ended its longest-ever losing streak last week, closing about $450 above where it was the previous Sunday. 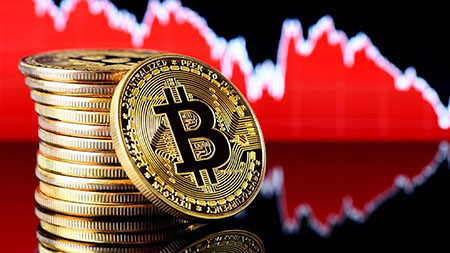 “The price of bitcoin still is much lower than it was months ago amid a broader selloff of traditional blue-chip stocks,” Washington Examiner economics reporter Zachary Halaschak noted on Monday.

Ethereum also climbed higher on Monday, sitting at about $1,900. Ripple was up 2.7% at 40 cents, Cardano grew more than 10% to 66 cents, and Solana was trading at $43.45, an 11.7% increase. Nearly all the largest cryptocurrencies by market cap were in the green on Monday morning.

Josh Olszewicz, head of research at Valkyrie Investments, said that global economic uncertainty coupled with the Federal Reserve hiking interest rates and fear of a recession are driving down cryptocurrency prices.

“We believe this relief rally is a bull trap and that bitcoin may have a short-lived gain but is more than likely going to resume the downward trend we’ve seen for the past two months,” Olszewicz said.

Bitcoin peaked last year at about $69,000 and is now down more than 53% from its November high. Bitcoin is also down more than 34% since the start of the year and nearly 13% in the past month alone.

Traditional stocks have also not fared too well this year, which has featured historic inflation brought on by Biden administration policies.