Big Bird is a tool for the Democrats, yes, but also for the Chinese regime

The George Soros-funded Free Press Action Fund describes itself as “a nonpartisan organization” which “does not support or oppose any candidate for public office.” But last week it announced that the “attack on Big Bird and the Corporation for Public Broadcasting” at the presidential debate had “sparked intense reactions from public media fans.” It said, “The nation is standing with Big Bird. Now it’s your turn.”

The “attack,” coming in the form of Mitt Romney’s comments about the need to de-fund public broadcasting, was based on the recognition that pouring taxpayer money borrowed from China into a U.S. corporation, Sesame Workshop, doesn’t make sense. 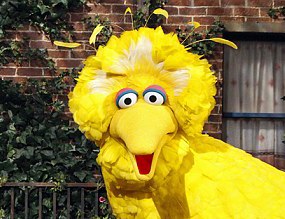 The controversy not only serves to demonstrate how the “non-profit” entity is making big bucks at the expense of American taxpayers, but how it is working with the Democratic Party, the United Nations and even the Chinese government.

Republicans have long recognized the public broadcasting establishment as a political enemy.

Before Romney made his comments, the Republican Study Committee (RSC) in the House had proposed eliminating the $445 million annual payment that goes to the Corporation for Public Broadcasting, which finances public TV and radio. The full House had voted 228–192 in 2011 for H.R. 1076 to prohibit federal funding of National Public Radio. The bill died in the Senate.

Rep. Doug Lamborn, the sponsor of H.R. 1076, also sponsored H.R. 69, a bill to eliminate all federal funding for the Corporation for Public Broadcasting (CPB).

In response to Romney’s pledge to defund public broadcasting, Lamborn said, “Like Mitt Romney, I like Big Bird. That is not the issue. The Governor recognizes the larger problem is out-of-control government spending. I like the Governor’s test for what programs to keep and what to cut. It’s common sense. If we have to borrow money from China to keep Big Bird in his nest, it’s time for him to go!”

On the other side, Democratic Rep. Earl Blumenauer created the Congressional Public Broadcasting Caucus in the 106th Congress to preserve the funding. “Perhaps we need Big Bird to educate Governor Romney about the value of public broadcasting and investing in services for the American public instead of coldly shutting them down,” he said in response to Romney’s debate comments.

The left-wing Daily Kos said that rallying around Big Bird, the main character on Sesame Street, could turn Obama’s much-criticized debate performance into a win for liberals and Democrats. As a result, characters dressed like Big Bird have started showing up at Republican rallies to protest Romney’s remarks.

But Sesame Workshop is a rich corporation whose top executives make hundreds of thousands of dollars a year, and the company maintains investments in controversial hedge funds.

Direct government grants amounted to $7,968,918. Its Form 990 reported lobbying expenses of $1 million a year, in order to keep the federal dollars flowing. Lobbying is carried out by Tracy Garrett, Director of Government Affairs at Sesame Workshop.

Investments include $17,172,065 in a “hedge fund” that is not named, and almost $6 million in “private equity,” similar to the kind of investment fund that Romney used to run.

Senator Jim DeMint has pointed out that “From 2003 to 2006, Sesame Street made more than $211 million from toy & consumer product sales” and that it could obviously survive without public funding.

Speaking of China, Sesame Workshop not only operates on funds borrowed from China but works directly with the Chinese regime and its communist army.

The NSF grant money involves the “One World, One Sky: Big Bird’s Adventure” initiative, designed in part “to foster cross-cultural appreciation between children” and conducted in partnership with the China Youth Development Foundation. On the Chinese end of the relationship, one of the partners is the People’s Liberation Army.

In response to the controversy over Romney’s comments, Sesame Workshop issued a Statement On Our Partnership With PBS Sesame Street, saying it has been “a proud partner of PBS for 43 years, and is dependent on PBS to distribute our commercial-free educational programming to all children in the United States.”

It went on, “At a time when improvements in school readiness are recognized as being much needed for a significant number of America’s preschoolers, PBS’s ability to connect Big Bird and Friends to these children is essential. We highly value that connection. Sesame Workshop is a nonpartisan, nonprofit, educational organization. We do not comment on political campaigns, but we’re happy we can all agree that everyone likes Big Bird.”

In fact, Big Bird itself has gotten political over the years, especially in the area of spreading messages to children about how the UN has supposedly been a force for good in the world. UN Secretary-General Ban Ki-moon was a recent guest on the program to promote the UN “Every Woman Every Child movement.”

As we have previously reported, back in 2001, then-UN Secretary-General Kofi Annan appeared on Sesame Street “to help teach children how to resolve conflict.” This was followed, on January 7, 2003, by PBS airing “Kofi Annan: Center of the Storm,” a glowing portrait of Annan and his efforts to “revitalize” the UN.

The Sesame Street Workshop Annual Benefit Gala always draws an assortment of personalities from politics and the media. This year’s event, which was held on May 30, 2012, in New York City, included such figures as “The Daily Show’s” Jon Stewart. The event was designed to honor Bill Clinton, the disgraced and impeached former president. Stewart posed for a picture with him and later featured him on his program, praising Clinton for using “facts” and “numbers that were real” in his speech at the Democratic National Convention.

Big Bird is a tool for the Democrats, yes, but also for the Chinese regime added by Editor One on October 9, 2012
View all posts by Editor One →