Joe Biden’s energy policy which systematically reversed that of President Donald Trump, has been very rewarding — for Russia and China … and Hunter Biden. Average Americans? Not so much. 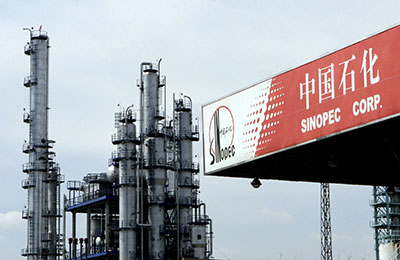 Team Biden’s assault on American energy independence started with the cancellation of the critical Keystone XL Pipeline and was followed by the shutting down of oil and gas lease sales from federal land. Gas prices in the U.S. skyrocketed as a result of Biden’s policies.

A company press release notes: “Fuling Shale Gas Field – the first commercially developed and operated large-scale shale gas field in China – announced on October 8 that it has produced 40 billion cubic meters of shale gas, setting a new record for the cumulative production of shale gas in the country.”

While records for production are being shattered in China, and Russia is reaping a Biden-fueled bonanza, America is mired in Bidenflation, brought on in large part by his team’s assault on energy.

“It has been quite a transition for America, from being the world’s self-sufficient No. 1 oil producer to begging horrible foreigners to pump more fossil fuels. But by God, President Biden did it. With ease. In a matter of months,” Washington Times columnist Rowan Scarborough wrote on Dec. 8.

“Being the ‘Anti-Trump’ is child’s play. Begin your presidency by signing stuff that is the opposite of what Mr. Trump did, and the town loves you. And donors — those so-important-to-the-Democratic Party billionaires who want to run our lives — clap by flooding the left with cash,” Scarborough wrote. “Nothing brings dollars like going after oil, coal and natural gas.”