Australian officials slammed Facebook for what they say was drastic “heavy-handed’ retaliation after the government moved ahead with plans requiring Big Tech platforms to pay Australian news outlets for using their content.

Facebook on Wednesday blocked all news sharing in Australia. 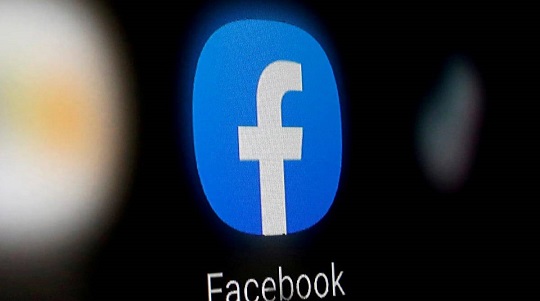 Australian officials are warning that Facebook’s actions are severely damaging efforts to combat the coronavirus pandemic.

The Facebook announcement came a day after Australian parliament vowed to implement the so-called “News Media Bargaining Code” by the end of next week. The legislation will force major U.S.-based Internet companies to begin paying local Australian publishers for use of their content.

In the U.S., the public’s view of Big Tech companies has become significantly more negative over the past 18 months, and public support for increased government regulation of these businesses has risen, according to a new Gallup poll.

According to FT the ban has already “restricted access to critical public information on government health and emergency service sites on Thursday.”

Australia’s government said that Facebook gave “no warning” of the action, which Canberra officials further slammed as “wrong” and “heavy-handed.”

Public health and emergency authorities and analysts appear to be saying in unison “the timing couldn’t be worse” given the country is in the midst of battling the covid pandemic.

FT offered some of the following examples of public services that immediately had their content blocked as a result of the news sharing ban:

The Facebook pages of Australia’s Bureau of Meteorology, Queensland Department of Health and Hobart Women’s Shelter were among dozens hit.

Sally McManus, secretary of the Australian Council of Trade Unions, said her organization had been mistakenly blocked by Facebook. “Australian workers cannot now find out about their rights at work via Facebook. This is disgraceful & needs to be reversed immediately,” she wrote on Twitter.

It appears Australia’s government has now plans on backing down anytime soon. Treasurer Josh Frydenberg pointed out: “What today’s events do confirm for all Australians is the immense market power of these media digital giants.”

The one in three Americans with positive views of Big Tech reflects a decline from 46 percent in August 2019, while negative views have increased from 33 percent to 45 percent. And the proportion with a very negative view has more than doubled, from 10 percent to 22 percent.

Meanwhile, the percentage of Americans who think the government should increase its regulation of technology firms has risen from 48 percent to 57 percent.

The poll was conducted after the riot at the U.S. Capitol and after Twitter permanently suspended President Donald Trump’s account, and Facebook indefinitely banned him from the platform, and after Google, Amazon and Apple removed the free speech social media platform Parler.