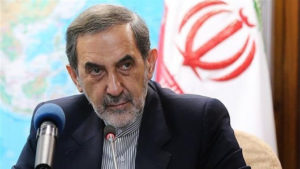 Velayati was Iran’s foreign minister when a bomb destroyed the headquarters of the Argentine Israelite Mutual Association (AMIA) on July 18, 1994. The bombing killed 85 people and wounded 300.

The former Iranian official is charged with “committing the crime of homicide, classified as doubly aggravated for having been committed with racial or religious hatred and a suitable method to cause widespread danger,” according to the judge responsible for the case.

Hizbullah, at Iran’s demand, is accused of carrying out the bombing of the Jewish center and an attack on Israel’s embassy in Buenos Aires two years earlier.

Velayati was is in Russia this week as a special adviser to Iranian President Hassan Rouhani. Velayati was scheduled to travel to China on July 13, so Argentina made the same extradition request to Chinese authorities, the foreign ministry said.