In November, the South Africa-based pharmaceutical company Aspen Pharmacare got a licensing deal to package and sell Johnson & Johnson’s Covid-19 vaccine and distribute it across Africa.

That facility is now on the brink of shutting down. Why? Because it has received zero orders. 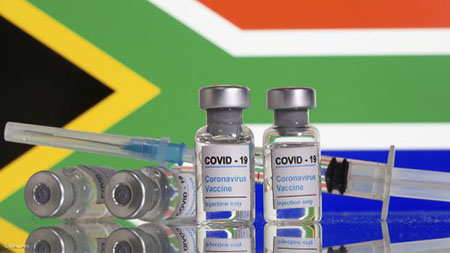 Since Africa was initially left out of the rush for vaccines early in the pandemic, “the licensing deal was hailed by many, including the World Health Organization (WHO), as a lifeline for the continent,” UncoverDC’s Michelle Edwards noted in a June 2 report.

The WHO had characterized the deal between Aspen Pharmacare and J&J as a “transformative moment” in the push to level inequalities in access to the Covid vaccine.

Now, as the South African pharma company has not received a single order for its vaccine (called Aspenovax), senior director Stavros Nicolaou said the company is considering using its brand new facility to make anesthetics.

“There were a lot of calls both from the West and from Africa that the best way to try and solve the problem was to establish our own local vaccine production capacity. What happened next sends an incredibly bad message,” Nicolaou said.

Indeed, as the world found itself “awash with [COVID] doses that few people are keen to take,” COVAX and its backer — the global vaccine alliance GAVI, financed by Bill Gates — held back from purchasing Covid vax doses from Aspen. Regardless of the reason(s), talks for the licensing agreement between J&J and Aspen had been in the pipeline for over a year. Knowing this, Nicolaou stated, “the world at large can’t say — we didn’t know there was going to be Aspen capacity.”

Meanwhile, as Pfizer and Moderna both have plans to produce the Covid vax in Africa, Nicolaou added that should GAVI and COVAX fail to show interest soon, the “need for regional manufacture will remain just a political nicety which has no substance.”

Only 5 percent of Africa’s population has received a booster shot, and just under a third of the 60 million people on the continent are double vaccinated. Africa has the lowest vaccine rate of any continent.

Africa also has reported far fewer Covid deaths than other continents. According to analysis by the WHO, Africa has accounted for only 8.3 percent of the world’s 14.9 million excess deaths during the pandemic.