Some centuries ago, there originated a thing called freedom in some countries of Western Europe — and in particular in Great Britain and later in the United States.

The founders of the United States created a unique society allowing a maximum amount of liberty for the individual and restricting government involvement into the life of an individual to the most infinitesimal minimum ever seen in the history of the civilized world.

The founders of the United States put the individual at the top of society — not a monarch, or dictator, or president, or legislative body. 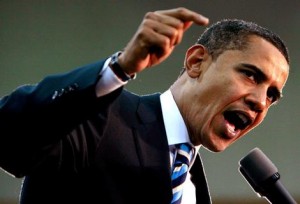 In a free society the individual can make whatever decisions about his life as he chooses as long as he does not damage another by some means — such as murder, assault, fraud, theft, coercion, etc.

But in a government-controlled society it is government officials who decide what the individual reads, hears, or purchases.

In a free society individuals decide who they want to favor or not to favor by either purchasing or not purchasing a certain commodity or idea.

And this is where the American President Barack Obama comes in. Obama thinks otherwise. He believes he is above the law and has the right not to abide by the Constitution of these United States.

I am talking about Obamacare. Does the U.S. president have the constitutional right to make anyone buy life insurance, or any other kind of insurance, or medical insurance in this particular case?

I wonder just how far President Obama’s ambitions will go if he is elected for another four years?

Only in freedom, where a person is not a slave obeying the omnipotent ruler’s orders but is free to pursue his or her own field of endeavor, can make a valuable contribution to the development and defense of this unique phenomenon, freedom, in the history of free countries.

Lev Navrozov can be reached at levnavrozov@gmail.com

A thing called freedom: Does Barack Obama control the United States? added by Editor One on April 6, 2012
View all posts by Editor One →