A modest proposal for the Committee to Re-elect the President

Barack Obama is in trouble. Even The Washington Post says so.

The Post’s pollsters find that a record number of Americans now give the president “strongly negative” reviews of his first three years, and nearly 7 of every 10 Americans blame the president for the acute heartburn that strikes every American motorist when they pull up to the pump. Barely 1 in 4 approve of his handling of the issue. (Most of the naive ride bicycles and the rest ride skateboards.)

In hypothetical matchups for the not-so-hypothetical Nov. 6 election, both Mitt Romney and Rick Santorum run approximately even with the president. It’s only mid-March, but Rasmussen’s pollsters, who have a remarkable record of getting it right, find the fickle finger of fate pointing to even grimmer news for the president. 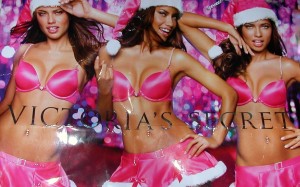 The president insists he can’t or won’t do some of the things that would bring down the price of gasoline – more drilling at home, construction of a pipeline to bring oil down from Canadian oil fields. It’s all very sad if you’re Mr. Obama or one of his of friends. He must find something else that works, and soon.

Fortunately, “something else” is already at hand. The president has cleverly transformed the contraception issue from a Democratic attack on freedom to act on religious belief to a Republican ravishing of women. Fear of a shortage of contraceptives can now be exploited to make everyone forget about jobs they don’t have, the nation in hock to the Chinese, and the building of an Islamic bomb in Iran.

Mr. Obama should expand his contraceptive mandate. It doesn’t go far enough. To put it delicately, so as not to offend in our age of dignified reticence to declaim endlessly and openly of what used to be called sex, what’s the point of a free contraceptive if there’s no opportunity to use it? It’s only fair that the government guarantee opportunity where the rubber meets the road. A mandate for opportunity, so no bachelor or spinster need stay home on date night is an idea whose time has clearly come.

Safety first. A bill was introduced in the Ohio legislature last week to require men with a prescription for Viagra to take a cardiac stress test, see a gender therapist, and produce a notarized affidavit signed by a partner of the second part to affirm impotency before the prescription is filled. A man on Viagra would “receive information about pursuing celibacy as a viable lifestyle choice.”

Allysia Finley writes in the Wall Street Journal that in the pursuit of happy gender lives for all Americans, the government should supply free fitness club memberships, massages, yoga classes and salad bars. Salad bars are necessary to prevent obesity, since fat people are generally regarded as likely to be gender-deprived. Every coed can’t be a genderpot (although a White House task force is said to be working on that), but the government is obliged to do what it must to make everyone happy.

Seduction, as any roue could tell you, is expensive. Many young people can’t afford the Saturday-night revel they deserve, beginning with wine and candlelight and ending in the dark between silk sheets. Young women, particularly third-year law students like the celebrated Sandra Fluke, can’t always afford the provocative clothes, cosmetics, perfume and gendery high-heel shoes that transform them into the ethereal creatures who attract a male eye. A kind and benevolent government would provide the necessities leading to success.

Many young women can’t afford to shop at Victoria’s Secret, but a benevolent government would mandate that employers pay for lingerie appropriate to the occasion. Eager but bashful young men who don’t know the difference between a Bordeaux from Lafitte Rothschild and a La Crema pinot noir from Sonoma County should be tutored in oenophilia at government expense. Otherwise a young man could strike out trying to impress a young woman at a four-star restaurant. A faux pas when ordering wine leads to blighted hope, and Mr. Obama promised only four years ago to change all that by unblighting hope.

Benjamin Franklin observed that “only a virtuous people are capable of freedom,” but that was a long time ago. We’ve “grown” mightily since virtue was its own reward. Ben was certainly no prude, but he couldn’t have imagined that a president of the United States would one day think it his responsibility to pay for the sexual pleasure of the rank and defiled.

A modest proposal for the Committee to Re-elect the President, Obama, Sandra Fluke, Viagra, Victoria’s Secret

A modest proposal for the Committee to Re-elect the President added by Editor One on March 13, 2012
View all posts by Editor One →