Google-owned YouTube announced on Dec. 9 that it will block and remove content which alleges that “widespread fraud or errors changed the outcome” of the 2020 presidential election. 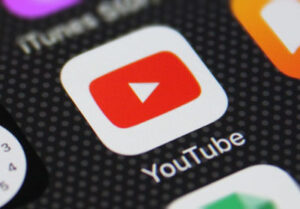 The announcement continued: “For example, we will remove videos claiming that a presidential candidate won the election due to widespread software glitches or counting errors. We will begin enforcing this policy today, and will ramp up in the weeks to come. As always, news coverage and commentary on these issues can remain on our site if there’s sufficient education, documentary, scientific, or artistic context.”

YouTube did not elaborate on the context it requires and many critics pointed out that the platform’s policy guidelines never outline how claims of election fraud are unsubstantiated.

The decision was made despite the fact that outstanding legal challenges, including one in the Supreme Court, could change the outcome of the election. YouTube’s statement made no mention of the court cases and no mention of the Dec. 14 Electoral College vote date.

YouTube insisted that it will “guide” people to “authoritative information” provided by corporate news outlets such as ABC, CBS, NBC, or CNN. Conveniently, those outlets largely ignore election fraud cases.

“YouTube has declared you are now forbidden from criticizing the government’s handling of the election,” OANN’s Jack Posobiec tweeted. Several weeks ago, OANN’s YouTube channel was suspended and demonetized.

Dan Bongino tweeted: “I’m going to test this communist policy by YouTube today. If they delete my show you can watch it on Rumble, the free speech alternative to ScrewTube.”