The list of those who have died suddenly continues to grow and continues to include young, healthy individuals.

Those who recently joined the tragic rolls of the new normal include: 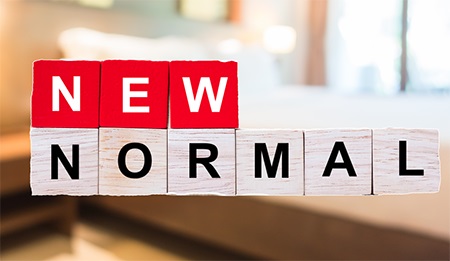 “I have to come to terms with the fact that I may never know,” said his father, Tom Cahoy of Minneapolis.

The hiker had been out of contact for a few days when a search team found him June 9 at his campsite in the Colorado mountains, the Minneapolis Star Tribune reported. Cahoy’s father said an autopsy produced no answers. “Everybody says there was no trauma, no distress,” Tom Cahoy said. “He apparently died peacefully in his sleep on top of a mountain at over 12,000 feet.”

David Hammer, a newly elected district attorney in Oklahoma died suddenly just days after voters elected him to the seat.

Family and friends are still coming to terms with the death of the 47-year-old Hammer, who was elected on June 28 to be the new district attorney for Pottawatomie and Lincoln counties. His family did not reveal a cause of death.

Hammer’s friends and family described the district attorney-elect as a tireless worker committed to helping victims, KOCO News 5 reported on July 4. “I think they’re pretty much in shock. I’ve seen them, but they didn’t have a whole lot to say. I just think it’s really surprising,” Laura Willis, who was Hammer’s friend, said.

“He was very passionate about what he was doing, and that’s really what I think drove most people to him,” Pottawatomie County Republican Party Chair Alan Rogers said.

Son of Rwandan official, 23, dies at University of Arkansas

Brice Hirwa Nshuti died suddenly at the University of Arkansas. He was 23.

No cause of death has been reported.

Hirwa was the son of Christophe Bazivamo, who is the Deputy Secretary General of the East African Community (EAC), in charge of Productive and Social Sectors and the Vice Chairman of the ruling party, Rwanda Patriotic Front, KT Press reported on July 2.

“It is difficult to lose a child in this way. He had no other problem, no known illness. He was OK. He was communicating and he was enjoying a cordial conversation with his friends the previous evening,” Bazivamo said.

American jet ski world champion Eric Francis, dubbed “Eric the Eagle,” who was found floating in the water near his undamaged Kawasaki after “disappearing” during a race off the coast of Guadeloupe in the Caribbean .

Francis, 36, from West Palm Beach, Florida, died just weeks before the birth of his second daughter.

No cause of death has been reported.

Wife of Aerosmith drummer dies at 55

According to an obituary posted in the Boston Herald, the 72-year-old drummer and his wife were “inseparable” said family and friends.

No cause of death has been released.

The National Transportation Safety Board reported that pilot Malcolm King experienced chest pains before his plane crashed near Memphis.

King, 62, was piloting a single-engine Cessna 172 plane that went down in a portion of Shelby County, west of the Mississippi River and east of Dacus Lake, Action News 5 reported. Airport officials confirmed the plane took off from General DeWitt Spain Airport in Memphis.

Class I flight physicals are required every year for commercial pilots. Pilots over 40 are required to renew their medical certification twice each year.

The death of a firefighter and mother of two who was teaching a water rescue training course remains unexplained.

On June 25, Monahan was training a group of fire and EMS workers in swift water rescue techniques on the Nantahala River in North Carolina, The U.S. Sun reported.

According to Chesterfield Fire, Monahan was familiar with the area and taught multiple classes across North Carolina, South Carolina, and Georgia while off-duty.

Those in the training course said that at one point, it seemed Monahan was having issues in the water. For reasons still unknown, Monahan became unresponsive.

Chesterfield Fire said she was carried downstream by currents before being removed from the water by individuals who attempted CPR.