Yale epidemiologist: What ‘the science’ says about hydroxychloroquine

The key to defeating the coronavirus “already exists, and we need to start using it,” a professor of epidemiology at the Yale School of Public Health said.

It is hydroxychloroquine, Harvey A. Risch noted in a Newsweek op-ed. 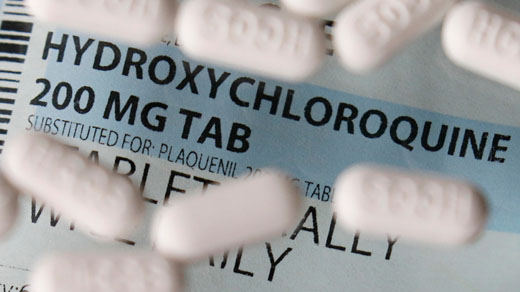 Risch noted he was “flummoxed to find that, in the midst of a crisis, I am fighting for a treatment that the data fully support but which, for reasons having nothing to do with a correct understanding of the science, has been pushed to the sidelines. As a result, tens of thousands of patients with COVID-19 are dying unnecessarily. Fortunately, the situation can be reversed easily and quickly.”

When hydroxychloroquine “is given very early in the course of illness, before the virus has had time to multiply beyond control, it has shown to be highly effective, especially when given in combination with the antibiotics azithromycin or doxycycline and the nutritional supplement zinc,” Risch noted.

A May 27 article by Risch in the American Journal of Epidemiology (AJE) entitled, “Early Outpatient Treatment of Symptomatic, High-Risk COVID-19 Patients that Should be Ramped-Up Immediately as Key to the Pandemic Crisis”, analyzed five studies which demonstrated “clear-cut and significant benefits to treated patients, plus other very large studies that showed the medication safety.”

Since publication of the May 27 article, Risch said seven additional studies have demonstrated similar benefit.

Yet leftist media and politicians continue to press medical officials to prohibit the use of hydroxy, many say purely for political reasons. Google, Facebook, Twitter and YouTube have even taken it to the next level by censoring posts of doctors who have scientific proof of the drug’s effectiveness in treating covid patients.

“For many, it is viewed as a marker of political identity, on both sides of the political spectrum. Nobody needs me to remind them that this is not how medicine should proceed,” Risch wrote. “We must judge this medication strictly on the science. When doctors graduate from medical school, they formally promise to make the health and life of the patient their first consideration, without biases of race, religion, nationality, social standing — or political affiliation. Lives must come first.”

Risch noted: “Physicians who have been using these medications in the face of widespread skepticism have been truly heroic. They have done what the science shows is best for their patients, often at great personal risk. I myself know of two doctors who have saved the lives of hundreds of patients with these medications, but are now fighting state medical boards to save their licenses and reputations. The cases against them are completely without scientific merit.”

The Yale School of Public Health had issued a statement on Risch’s prior advocacy for hydroxychloroquine.

The statement points to the FDA’s revocation of the drug for emergency use in treating covid.

But Sten H. Vermund, Dean of the Yale School of Public Health, noted: “I have championed maintaining open academic discourse, including what some may view as unpopular voices. The tradition of academia is that faculty may do research, interpret their work, and disseminate their findings. If persons disagree with Dr. Risch’s review of the literature, it would be advisable to disseminate the alternative scientific interpretations, perhaps through letters or other publications with alternative viewpoints to the American Journal of Epidemiology, Newsweek, or other outlets. My role as Dean is not to suppress the work of the faculty, but rather, to support the academic freedom of our faculty, whether it is in the mainstream of thinking or is contrarian.”