Yahoo data breach: Victims could get $125 each in class action – lawyers to split $37 million

Yahoo has agreed to pay some $87 million to settle a class action lawsuit over a massive breach of user data.

Most affected users could likely get $125 in the settlement while lawyers will get $37.5 million in fees and expenses, according to the settlement. 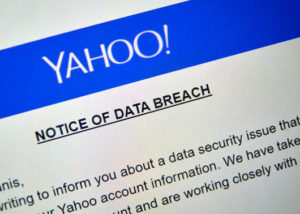 Yahoo approved a $50 million settlement for approximately 200 million people whose personal information was stolen during the data breaches.

The data breaches occurred between 2013 and 2014 but were not disclosed until 2016. The breaches impacted over one billion Yahoo accounts.

Yahoo is offering $25 an hour for time spent dealing with the aftermath of the breach. A person can request up to $375 for 15 hours of documented time, such as delayed tax refunds or identity theft. Without proof, they may request up to $125. Users who paid for a premium account ($20-$50 per year) may receive a 25 percent refund.

Yahoo is also providing two years of free credit monitoring through AllClear. The standard service costs $14.95 per month, totaling $359 for two years. Yahoo will most likely pay a lower rate, but they are offering this service for all affected users.

Half of the settlement agreement would be funded by Verizon-owned Oath, which acquired Yahoo’s operating business last year. The half would be paid by Altaba, which owns other former Yahoo assets, notably Alibaba stock.

The agreement still must be approved by Judge Lucy Koh of the U.S. District Court for the Northern District of California, who is scheduled to hold a hearing on the settlement on Nov. 29.