Woke U: Why U.S. ‘higher education’ is plummeting into dustbin of history

What are the folks paying those prices getting for it? 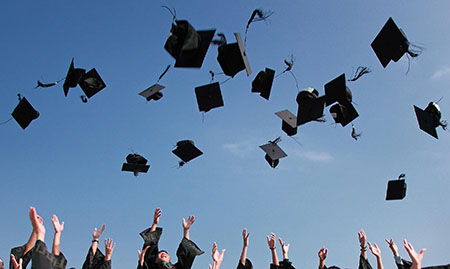 “Few of today’s woke 20-somethings will graduate with rigorous instruction in language, logic, and the inductive methods with a shared knowledge of literature, history, science, and math. At far less cost, they would likely find better online classes in those now ossified subjects than in the courses that they went into hock in order to finance,” Victor Davis Hanson wrote for American Greatness on Oct. 24.

Also included in those tuition prices is the leftist dream of dismantling the American system.

“Never in U.S. history has the university been so at odds with not just the general pulse of America, but with its major traditions, institutions, and very Constitution,” Hanson wrote.

“Most recently, Americans have been urged by university law schools and political science departments to eliminate the 233-year-old Electoral College, to pack the Supreme Court after 150 years of a nine-justice bench, to end the 180-year filibuster, to admit two new states to gain four progressive senators, and to question the constitutional cornerstone of two senators per state,” Hanson noted.

The American higher education system’s reputation of global academic superiority “has rested mostly on the sciences, mathematics, physics, technology, medicine, and engineering,” Hanson wrote. “In other words, not because of the humanities and social sciences, but despite them. The humanities have become too often anti-humanistic. And the social sciences are deductively anti-scientific. Both quasi-religious woke disciplines have eroded confidence in colleges and universities, infected even the STEM disciplines and professional schools, and torn apart the civic unity of the United States. Indeed, much of the current Jacobin revolution was birthed and fueled by American universities, despite their manifest hypocrisies and derelictions.”

And spending per student enrolled at America’s institutes of higher learning “is rarely calibrated to whether graduating students leave better educated than when they arrived — the ostensible purpose of universities,” Hanson noted.

Students with tens of thousands of dollars in student loan obligations, Hanson noted, “are likely to marry later, delay child rearing, cannot purchase a home in their 20s or even 30s, and more easily slide into prolonged adolescence. The country itself is experiencing a glut of the over- but not necessarily well-educated: history’s menu for radicalized and angry youth who feel they are properly credentialed with various letters after their names but suspect they lack the training and skills to enter the workforce, be productive, and earn commensurate good pay.”

Hanson continued: “There is also something terribly wrong about well-compensated, tenured professors of the social sciences and humanities — whose own lives are conventionally materialist and bourgeoise — spooning out the usual radical race/class boilerplate to indebted students who in a sense have borrowed heavily to pay a large percentage of faculty salaries.”

Hanson concluded: “Unless the university itself is rebooted, its rejection of meritocracy, its partisan venom, its tribalism, its war with free speech and due process, and its inability to provide indebted students with competitive educations will all ensure that that it is not just disliked and disreputable but ultimately irrelevant and replaceable.”

Woke U: Why U.S. ‘higher education’ is plummeting into dustbin of history added by Editor Two on October 26, 2021
View all posts by Editor Two →