Why not? Democrats demand statehood for Epstein’s Island 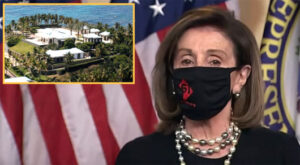 In an effort to gain 2 more Democrat senators, The Democrat party is calling for statehood to be granted to Little Saint James in the Caribbean — also known as Epstein’s Island.

“The good people of Epstein’s Island have been denied representation in Congress for far too long,” said Nancy Pelosi to the press. The island has been a second home to influential members of Congress for decades. It is a place in keeping with the finest traditions of Washington politicians, and it’s high time they got two Senators to send to Congress.”

Those familiar with the island say it is a lovely 72-acre piece of land with a sprawling resort built on it. It is also home to dozens of working-class servants and massage therapists.  … Detractors argue that the island is a wretched hive of scum and villainy inhabited by corrupt, sex-predator politicians and lobbyists.

Why not? Democrats demand statehood for Epstein’s Island