WHO: ‘Very rare’ for asymptomatic carriers to spread coronavirus

Politicians and so-called “experts” told us profusely that one of the primary reasons for the imposed coronavirus lockdowns was that people who were infected with the virus but had no symptoms could widely spread it to others. 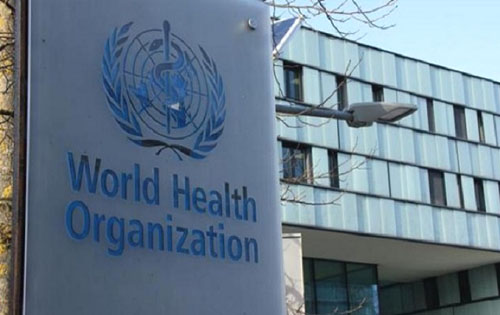 The World Health Organization (WHO) on Monday reported that it is “very rare” for asymptomatic carriers to spread the virus.

“From the data we have, it still seems to be rare that an asymptomatic person actually transmits onward to a secondary individual,” Dr. Maria Van Kerkhove, head of the WHO’s emerging diseases and zoonosis unit, said at a news briefing from the United Nations agency’s Geneva headquarters. “It’s very rare.”

(Update: Kerkhove on June 9 attempted to clarify her previous statement. In a Facebook Live video, Van Kerkhove said asymptomatic people can in fact spread the virus, though the degree to which they can is unknown. “We do know that some people who are asymptomatic or some people who don’t have symptoms can transmit the virus on,” she said. “What we need to better understand is how many people in the population don’t have symptoms and, separately, how many of those individuals go on to transmit to others. In that I used the phrase ‘very rare,’ and I think that’s a misunderstanding to state that asymptomatic transmission globally is very rare. What I was referring to is a subset of studies.”)

Kaylee McGhee noted in a June 8 op-ed for the Washington Examiner: “If this is true, we just shut down the nation and drove our economy into a recession for nothing.”

“Our health experts warned us that COVID-19 spread quickly and often unnoticeably, through carriers who might not show symptoms for weeks, or perhaps never at all,” McGhee wrote. “Add this to a total lack of mass testing, and a temporary nationwide quarantine made sense. But now, the entire premise of the shutdown is being questioned.”

McGhee continued: “It’s difficult to put into words how infuriating this discovery is. If asymptomatic carriers aren’t the problem, we could easily have localized our response to the coronavirus by asking only those with symptoms to stay home and quarantining hot-spot areas where the spread was out of control. Instead, we adopted a one-size-fits-all approach because we were acting under the presumption that any person at any time could be spreading it to just about anyone.”

The WHO’s Van Kerkhove said governments should focus on isolating those who are showing symptoms and tracking down anyone who may have come into contact with the symptomatic patients.

The WHO’s new revelation is not surprising given the “experts” have been wrong on coronavirus pretty much from the get-go.

A Centers for Disease Control and Prevention (CDC) report from April 1 cited the “potential for presymptomatic transmission” as the reason for social distancing.

“These findings also suggest that to control the pandemic, it might not be enough for only persons with symptoms to limit their contact with others because persons without symptoms might transmit infection,” the CDC study claimed.

Other dire predictions that turned out to be wrong:

• Hospitals would be overrun with virus patients and lack the necessary equipment, such as ventilators, to treat them.
• British epidemiologist and leading lockdown proponent Neil Ferguson claimed 2.2 million Americans would die unless the strictest measures were put in place.
• New York Times columnist Paul Krugman wrote on May 12 that President Donald Trump was making a full-scale depression more likely. Wrong again, Paul! Instead of depression-era unemployment rates of 20 percent, over two million more Americans got their jobs back, most of them in states that ended lockdowns.

And now, the news that it is “very rare” for asymptomatic carriers to spread the virus.

McGhee noted: “It’s the experts who should be held accountable. Because, if true, this wasn’t just a mild mistake. It was a grievous error that cost this country hundreds of thousands of jobs and kept people from the things they need most: family, church, and community. We’ll be wrestling with the consequences of this shutdown for a long time to come, and now, we must do so knowing that it might have been for nothing.”