West Philly coffee shop goes from woke to broke: Being ‘QTPOC’ was not good enough for ‘Collective’

A West Philadelphia coffee shop which catered to “people of marginalized identities” has closed its doors after workers demanded the owners “redistribute” the company to employees.

Mina’s World was as woke as woke gets. 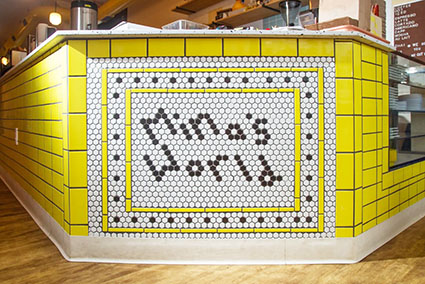 Parikh said that other coffee shops were neglecting to “protect their Black and trans employees” and allow customers to enjoy coffee in a space that was not “whitewashed.”

The owners’ woke bubble was burst last month, however, when an Instagram page called the “Minas World Workers” accused ownership of subjecting workers to “manipulation, abuse of power, exploitation, anti-blackness, ableism,” and other charges summarized in a “List of Grievances.” The employees demanded “immediate payment” and demanded the owners “redistribute the business.”

In an Instagram video which has since been removed from the Mina’s World account, Egghart and Parikh apologized and vowed: “With the guidance of the workers and Black and Brown Workers Collective, we’re trying to raise funds to buy the business and turn it over to our staff.”

According to the workers, Egghart’s mother, Eunjoo, was the owner of the building as well as an 18% owner of the company. The workers claimed that despite Parikh and Egghart’s best efforts, she “refused” the request to redistribute the business.

The workers attempted to raise $200,000 via GoFundMe to purchase the building as well as the share of the business allegedly owned by Eunjoo Egghart. They managed to raise over $11,000 by July 6. But Mina’s World said it did not “have enough money to continue operating” and closed its doors.

“Egghart and Parikh’s surrender to the outrage shows a point proven again and again — no matter how many times you bend the knee to the mob, you will never be able to adhere to their insatiable standards for progressive enlightenment,” Libs of TikTok remarked. “No matter how much of an ‘ally’ you are, you will never be safe from becoming just another trophy head on the wall of wokeism.”

Mina’s World, West Philly coffee shop goes from woke to broke: Being ‘QTPOC’ was not good enough for ‘Collective’, WorldTribune.com

West Philly coffee shop goes from woke to broke: Being ‘QTPOC’ was not good enough for ‘Collective’ added by Editor Two on July 6, 2022
View all posts by Editor Two →