The Biden Administration has awarded a $500 million government loan to a solar energy company with a sketchy past which is owned by a Biden megadonor. 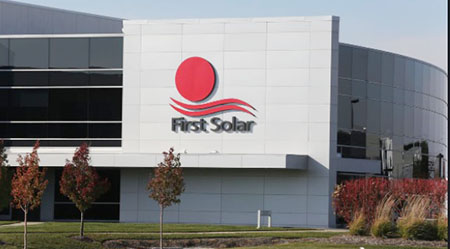 Campaign finance records show that Walton gave more than $300,000 to Joe Biden’s 2020 campaign and over $100,000 to the Democratic National Committee.

First Solar was awarded the grant to build a solar module plant in India.

“Ethics watchdogs said the loan raises questions about whether First Solar’s political connections played a role in the DFC’s decision,” Alana Goodman noted in a Dec. 10 analysis for the Washington Free Beacon. “The federal financing agency, which was formerly known as the Overseas Private Investment Corporation, has faced criticism in the past for funding projects linked to political donors. The loan also comes nine years after the Obama administration came under fire for approving $3 billion in loan guarantees to the same company — funding that Republican lawmakers alleged the company wasn’t qualified to receive.”

In 2012, the GOP-led House Oversight Committee investigated a series of Department of Energy loans issued to solar companies, including First Solar, by the Obama administration. The investigation was prompted by the Solyndra scandal. Solyndra had declared bankruptcy and defaulted on a $500 million federal loan.

The investigation uncovered emails that indicated First Solar’s technology was not considered “innovative” by the loan program’s technical director, which was a requirement for receiving the financing.

At the time, First Solar’s chairman testified to Congress that the company was “financially strong.” But the company was forced to furlough half of its employees at its solar plant near Los Angeles weeks later.

Critics say the DFC, formerly the OPIC, has a history of awarding grants to politically-connected entities.

In 2010, OPIC expedited a $10 million loan to a Hillary Clinton donor while Clinton was serving as secretary of state.

“The donor was supposed to use the loan to fund a Haiti housing relief project, but instead pocketed the money. He was sentenced to 12 years in prison for the scam,” Goodman noted.