Beginning Jan. 1, 2023, cash bail will be abolished in Illinois. 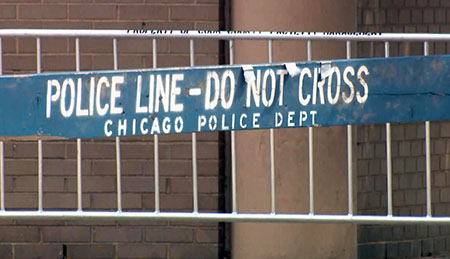 What is about to happen in Illinois is already happening in Democrat strongholds across the country and a new poll found that the overwhelming majority of voters oppose policies that allow for the release of violent criminals.

Convention of States Action, along with Trafalgar Group, released the poll, which found that 95.6% of those surveyed “say they are less likely to vote for a candidate who supports policies which prevent police from detaining criminals charged with violent crimes, such as kidnapping and armed robbery.”

“Crime is the beneath-the-iceberg issue for voters in 2022, it’s absolutely clear in these numbers,” said Mark Meckler, president of the Convention of States. “Americans of all political backgrounds have a strong belief in protecting the innocent and punishing the guilty.”

Critics say that the newly passed SAFE-T Act in Illinois will allow some charged with serious crimes like second-degree murder or kidnapping to be freed without a hearing.

“Violent crimes, burglary, robbery, arson, kidnapping, almost all drug offenses, DUI offenses, even DUI offenses involving a fatality, do not qualify for detention under the Illinois Safety Act,” Patrick Windhorst, former state attorney and current state representative, told KY3-TV. “That’s going to mean a lot of individuals are committing crimes and being released immediately, if not within a couple of days.”

On Sunday’s episode of Meet the Press, former White House Press Secretary and current NBC Contributor Jen Psaki said that if the November midterms are a referendum on Biden, then Democrats will lose.

“If it is a referendum on the president, they will lose and they know that,” Psaki said. “They also know that crime is a huge vulnerability for Democrats. I would say one of the biggest vulnerabilities.”

In an Aug. 18 op-ed for the Wall Street Journal, Douglas Schoen and Andrew Stein noted: “Cashless bail, ‘defund the police’ and unsafe streets add up to danger at the polls for Democrats.”

Along with inflation and the economy, crime ranks high among Americans’ concerns heading into the 2022 midterms. Republicans are taking every opportunity to remind voters about Democrats’ chants to defund the police and to accuse progressive prosecutors of coddling criminals.

“This has been an intentional strategic campaign from the far left. And now Americans are being robbed, carjacked, assaulted and murdered,” said Senate Minority Leader Mitch McConnell of Kentucky.

“Republicans have been effective in terms of pouncing on that and using it in light of public concerns about the increase in crime and to really use it as a weapon against the Democrats in terms of this year’s midterm elections,” said political scientist Michael Bitzer at Catawba College in North Carolina. “The inconsistency of the messaging, particularly when the Democrats are having to defend so many seats and control of Congress, really is a kind of head-scratcher in terms of campaign strategy.”