Unparalleled hatred from our far-Left ruling class and their media

The following is a word by word quote, Chapter 1, from my book ‘Political Correctness Is Total BS’.

“I now know without a doubt the radical Dems would rather have President Trump fail/impeached even if it meant his success would improve the lives of humanity than having him succeed and win for America and the world. That is a hatred that most responsible people cannot comprehend!

Only the radical Left can hate like that. If our country suffered another major depression like in 1929 under President Trump I have no doubt the Left would be cheering! 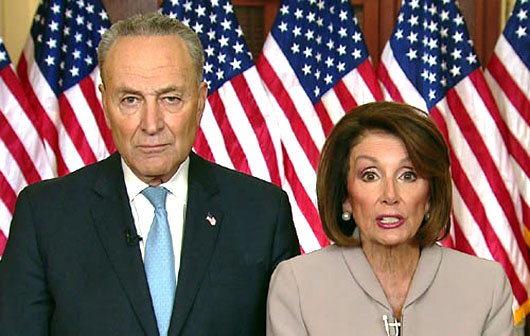 They could care less about the average Americans well-being they just want him out! Could this hysteria by the radical socialist lead to another civil war in our country? I feel the possibilities are certainly there. There is an old saying and I apply it to the Washington insiders: “Those that cannot do teach.” I am not applying this to most teachers just Washington.

In the history of America I have never witnessed a situation such as this. I had no idea elements of our population were capable of this.”

I wrote this in my book, many months before the coronavirus scare and the eventual market collapse. This is why I have great concerns with the coronavirus situation in America and how it is affecting our country, especially the average American and the stock market. I am not saying that Americans should not be greatly concerned with the virus I just have little faith in our politicians, especially those on the left in complete hysteria over this situation and their self-serving agendas.

Recently I was discussing the coronavirus situation with a doctor friend of mine and he brought up some interesting facts. He said the flu in America last year killed 37,000 plus Americans. The doctor also indicated that around one percent of those that get the flu parish from it. That is slightly under those who die from the coronavirus. The doctor wondered, as I do, why there is such hysteria over an illness where the average person will fully recover from this illness? Could it be fueled by the Washington far Left, Trump hating, finger pointers? I do not trust anything they say or do because I find that the reason for their outrage always self-serving!

When I start to look into what is happening to America with this epidemic and review the Washington insiders hysteria as well as their partners in the main stream media regarding President Trump I have real questions and concerns. If the stock market continues to have record breaking declines could that lead to a 1929 depression and if so is that their goal? America is closing down as most Americans are not working and as a result most businesses are closed. I want my above 1929 prediction to be wrong!

We should also look at China’s possible involvement. President Trump has been continually out negotiating China and they are very upset about it. Many believe that China’s bio lab’s released the virus worldwide to get back at America and Trump! Whether this is true or not it is very possible yet is never condemned or investigated by the left and ought to be. It’s only Trump’s fault!

I have a great love for America but have great concerns for the far left politicians and their partners in the media as their goal is to destroy the America that we love.

They are corrupt and will resort to anything to compromise our President. I pray that the coronavirus will be over very soon. I also pray that Americans will understand that there are some really demented people in our country that are self-serving socialists that want to change America and will do anything even to bankrupt our country to achieve their goal! Have an open mind and don’t fall for the far left con artists!!

Unparalleled hatred from our far-Left ruling class and their media, WorldTribune.com