United Way: Weaponizing charity against communities of those who gave

How many Americans – many of whom are pressured to donate in intensive inner-office campaigns at their places of employment – are aware of just how committed the “venerable” charitable organization the United Way really is to importing Third World refugees into the West? The group is so heavily invested that it even has a “European Refugees Crisis Fund” to go along with its already extensive efforts in the United States. 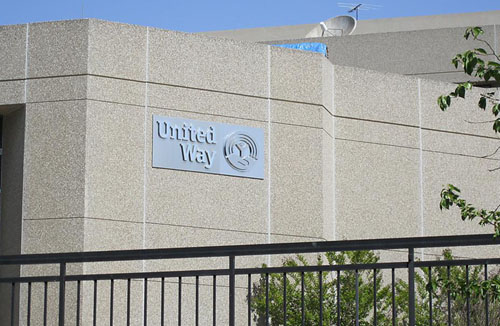 “We need to ask ourselves: What can migrants contribute to our society?” United Way President and CEO Brian A. Gallagher wrote in a blog post for the organization, long a corporate darling, in October 2016, one month before Donald Trump was elected president in large part due to his strong anti-immigration policies.

“What services can we provide? What can we, both as individuals and as an organization, do to change the trajectory of the discussion and support those looking for better lives? Because the fact is that migrants benefit our communities, both economically and culturally.”I’m proud that United Way is stepping forward,” Gallagher continued. “In the United States, we support migrants from coast to coast.”

This is not mere empty rhetoric. The group has long worked on the ground to help import Third World migrants to communities all over America. “In Seattle, United Way of King County has partnered with 54 agencies to support immigrants and refugees struggling to acclimate to their new environment — from funding the Northwest Immigrant Rights Project, which gives immigrant kids attorneys to help them gain legal status, to helping Ethiopians find housing and employment through the Ethiopian Community in Seattle program,” reads a 2017 “United We Fight” page on the group’s website.

“United Way of Central Iowa is working with the Refugee Alliance of Central Iowa to support refugees and increase community engagement and collaboration,” the article elaborates. “Together, they hosted the 2017 Refugee Summit, which celebrated the accomplishments of local refugees and connected them with employers, community resources — like education and job training — and health care providers for flu shots and health assessments. United Way is also convening supporting residents to set goals and identify actions around housing, mental health, education and career preparation.”

The invasion of Massachusetts seems all but complete thanks to The United Way:

“One in five workers in Massachusetts is foreign-born,” the group’s Massachusetts Bay and Merrimack Valley chapter gleefully bragged in December. “That’s more than 728,000 people, with a wide diversity of skill levels. A 2018 analysis ranked Massachusetts fourth in the nation for the economic impact of immigrants. Recognizing the positive impact that immigrants have on our economy as workers, consumers, entrepreneurs, investors and citizens, we partnered with the Massachusetts Immigrant and Refugee Advocacy Coalition (MIRA) to bring together business leaders to advance state and federal policies.”

But this treasonous activity in the U.S. is not enough for The United Way. It is also laboring to inundate Europe with refugees as well:

“United Way is working with local communities, governments, NGOs and corporate partners to address the long-term needs of the hundreds of thousands of refugees entering Europe and their host communities,” a page titled “Our Response to the European Refugee Crisis” states.

“United Way has established a Refugee Crisis Coordination Group with on-the-ground representatives in the UK, France, Hungary, Germany, Spain, Romania and Poland. It is led by our Paris office with support from the US and Canada. We are working closely with a broad cross-section of NGOs, businesses and governments throughout the region.”

“United Way is now in its second year of a program to welcome and integrate newcomers in three countries: France, Germany and England,” the article states. “The objective of the European Refugee Support Initiative is to strengthen communities by mobilizing non-governmental organization (NGO), government and corporate players to facilitate the integration of refugees and asylum seekers. In doing so, we are enabling newcomers to become active members of their host country; demonstrating their economic and social contributions; and involving locals in the welcoming and integration process.”

The exhaustive piece goes into intimate detail on just in-depth the group’s work across the Atlantic is:

“United Way also engaged the French branch of UPS to support the integration of refugees and asylum seekers. On June 15, a “Day of Action” was held, where 150 UPS managers met with United Way in Jambville to learn about the Initiative. Afterward, 20 managers joined a workshop to evaluate organizations working on the integration of refugees in France. Alongside United Way, the UPS employees assessed more than 50 nonprofits specialized in cultural awareness, teaching French, and training refugees for employment and entrepreneurship.”

Similar to so many radical outlets that carry water for the immigration invasion of the West, The United Way is also devoted to fighting against “racism.” This includes directly financially supporting the hardline leftist American Civil Liberties Union.

In 2016 The United Way conducted a “Shining a Light Initiative” that included a campaign loftily titled “Conversations on Race in America.” “These round tables, town halls and discussions will bring communities together with local and national leaders to confront racism and bias and highlight solutions,” the organization declared. “These forums will showcase best practices in eliminating racial inequality and bias, and will provide tools for communities to continue these important discussions.”

Grantees under this initiative included two ACLU chapters, the ACLU Foundation of Northern California and the ACLU of Minnesota Foundation.

A good rule of thumb for citizens of a sovereign nation who are being actively betrayed by their elites is this: Never give money to any large charity organization without thoroughly vetting them yourself. If in doubt, just say no.

The United Way has for decades skated by on a benign reputation enhanced by a monolithic presence in charity pushes foisted on unwitting Americans in their places of work and through the powerful influence of professional athletes and other nationally known entertainers. It has taken the charitable inclinations of good-hearted Americans and used them as a weapon against their own communities. It’s hard to come up with a more despicable description of an organization than that.

United Way: Weaponizing charity against communities of those who gave