Unforgiven: IRS has not only continued its war on tea party groups, but taken it public

After admitting it targeted tea party groups for special scrutiny in 2013, the IRS promised to process the groups’ applications in a timely fashion. 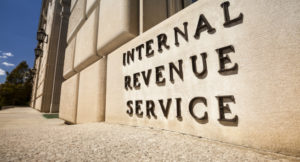 The IRS has sent a new set of “prodding questions” to the groups, demanding still more information, according to an Oct. 4 report by The Washington Times.

The IRS also publicly released one of the sets of questions it sent to the Texas Patriots Tea Party (TPTP), which made public secret taxpayer information that is supposed to be protected, the group’s lawyer said.

“The IRS has taken the unprecedented step of publicly filing actual return information,” said Edward Greim, who is handling the case on behalf of more than 400 groups targeted by the IRS.

“The IRS’s conscious decision to attach this Section 6103-protected request to a public filing makes it even harder to believe that the IRS can treat TPTP and similar groups fairly and neutrally. This is, and will continue to be, a core focus of our litigation in the coming weeks,” Greim said.

Section 6013 of the tax code prohibits the sharing of information from taxpayers’ returns.

After the revelations in 2013, the IRS said it would stop asking inappropriate questions, and insisted it canceled the use of “secret targeting lists” to single out tea party groups, the Times report said.

A federal appeals court this summer, however, ruled that as long as some groups are still stuck in the backlog, the IRS is still conducting illegal targeting.

Both the IRS and officials at the Justice Department, which is acting as the tax agency’s lawyer, declined to comment, citing the ongoing legal battle.

The new set of questions sent to the Texas group was the fourth IRS inquiry the group has received since it applied for nonprofit status in 2012.

The IRS says those activities could nullify a group’s application.

Greim said the IRS, which has held up the TPTP’s application for 41 months, only gave the organization 30 days to respond to the new questions, and said if the questions aren’t all answered, it could derail the application again.

Two other tea party groups that were targeted by the IRS are still awaiting approval. Unite in Action, a Michigan-based group, applied in 2010, and the Albuquerque Tea Party applied nearly seven years ago, in December 2009.