Andrew Cuomo’s legal bills are mounting as the New York governor, who is up for re-election next year, attempts to fight off a federal investigation into his handling of Covid-19 data in nursing homes.

Cuomo said on Wednesday that he is sending the bill for his legal defense to New York taxpayers. 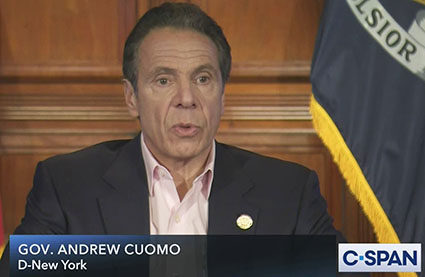 When asked Wednesday if he is using campaign or personal funds to pay for any lawyers, the Democrat governor said: “Not at this time.”

“The way it works is the executive chamber has retained a counsel,” Cuomo said at the Javits Convention Center in New York City. “And that is a state expense. It has been in every investigation. So that’s where we are now.”

Cuomo is fighting allegations that he abused his power by minimizing the state’s tally of Covid-19 deaths in nursing homes. Other Cuomo scandals include publishing his Covid leadership book in violation of state ethics laws, providing priority COVID-19 tests to his family, and sexually harassing and assaulting female employees and other women.

State Comptroller Thomas DiNapoli said his office has received and approved one contract for lawyers so far: a $2.5 million contract with the Manhattan firm of Morvillo Abramowitz Grand Iason & Anello. Partner Elkan Abramowitz is set to receive an hourly rate of $937.50, compared with $680 per hour for four other partners named in the contract.

Cuomo has rebuffed numerous calls from New York lawmakers and officials to resign.

The federal investigation into the nursing homes stems from a decision Cuomo made in the early stages of the pandemic, when he instructed nursing homes to admit Covid-positive individuals. Within weeks, the death toll in nursing homes skyrocketed to numbers not seen elsewhere in the country.