By an 8-3 vote, the UK Supreme Court ruled that Prime Minister Theresa May’s government must have parliamentary approval to end the UK’s membership in the European Union (EU). 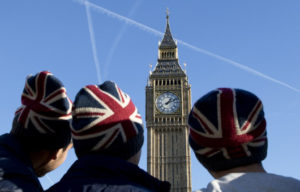 The vote would be required for the government to invoke Article 50 of the European Charter, the process by which Great Britain would begin what has been termed ‘Brexit’.

The British already have been moving quickly to maintain the nation’s economic prosperity in a post-Brexit era.  Dr. Liam Fox, Minister for International Trade, has been traveling across the globe, working with counterparts in Canada, Australia, Brazil and India to forge new trade relations.

In a conversation with Geostrategy-Direct, Fox described how he would be supporting May’s upcoming visit to the United States.  President Trump has stated his support for an expedited U.S.-UK trade deal.

In deciding that the government must seek approval from the UK Parliament before invoking Article 50, the court went to some length to explain it was acting on only the legal question regarding who can change the UK’s membership in the EU and not on the politically-charged issue of whether the UK should leave it.

A referendum held by former Prime Minister David Cameron last June resulted in a majority of Britons voting to leave the EU, a landmark result that has been compared to the election of U.S. President Donald Trump a few months later.

May issued a statement saying she was disappointed with the ruling but would not be deterred in her plan to move forward with the Brexit process.

In a recent speech she stated the UK’s break from the EU would be “clean” and that Britain would no longer participate in the common market or be bound by European Court rulings on British cases.

May’s government already is drafting legislation for Parliament to vote on granting the authority sought to invoke Article 50.

Her Conservative Party holds a slim majority in Parliament but a number of those members were opposed to Britain leaving the EU.  Ironically, May’s efforts may be bolstered by the support of Labour Party leader Jeremy Corbyn, a bitter political foe, who said he may support the legislation when it comes to a parliamentary vote.  If he does so, May is likely to have the parliamentary approval required by the Supreme Court ruling.

The court’s ruling concludes only Parliament can approve leaving the EU since it was the body that in 1972 approved Britain joining the EU.

Parliaments in Scotland, Ireland and Wales, the other parts of the UK, do not have to issue their own approvals for the May government to invoke article 50.

Even if May prevails in Parliament, negotiating an end to formal ties with the EU will be difficult and protracted.

One of May’s most important challenges will be to maintain London’s central role as an investment center for European business.  Led by London’s investment community, the UK is much more a service rather than goods and products oriented economy.

Thousands of jobs in London will hang on whether UK and EU negotiators can agree on a path forward for the financial industry.  The Supreme Court ruling is unlikely to derail the importance of those and related talks.  Its ruling was dramatic but in the long-term may not be important.