UK government data: Significantly higher death rate for the vaccinated over the unvaccinated

Individuals who have received the Covid vaccine are dying at a higher rate than those who haven’t gotten the jab, according to a study out of the United Kingdom.

Based on Office of National Statistics (ONS) data, the study found that individuals under the age of 60 who have received the Covid jab are twice as likely to die than the unvaxxed. The study looked at deaths from all causes. The trend has been ongoing for 6 months, the study said.

“Overall deaths in Britain are running well above normal,” independent journalist Alex Berenson noted. “I don’t know how to explain this other than vaccine-caused mortality.”

Physicist Dr. Ute Bergner commissioned two statisticians to investigate whether there was a connection between the vaccination rate and excess mortality in Germany’s 16 federal states.

The analysis said the “most direct explanation is: Complete vaccination increases the likelihood of death.”

Meanwhile, subpoenaed documents from the FDA on Pfizer’s COVID vaccine show that, in the first two and a half months following the emergency use authorization for the Pfizer jab there were 42,086 reports containing 158,893 adverse reactions to the shot. That included more than 25,957 reports of nervous system disorders. 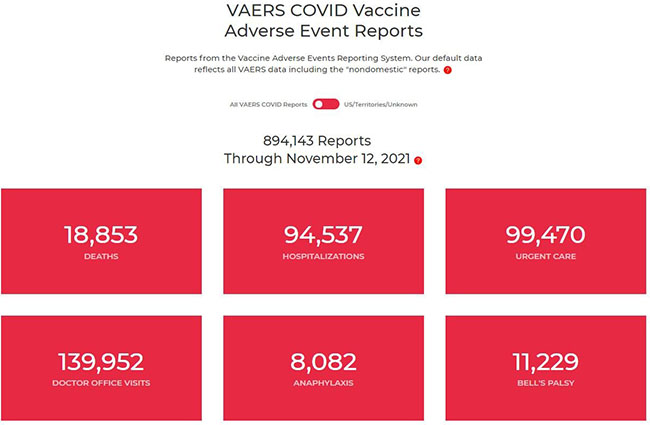