The United States and other Western nations are reportedly considering a boycott of the 2022 Winter Olympic Games over host China’s ongoing human rights atrocities.

Florida Republican Sens. Marco Rubio and Rick Scott are among those calling for either a boycott or another host for the Games amid the communist Chinese government’s detaining of more than 1 million mostly Uighur Muslims in concentration camps. 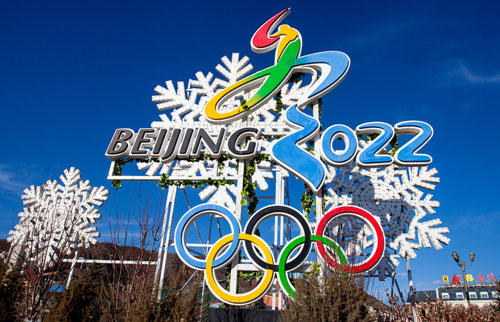 Rubio said in 2018 that China should lose the right to host the Games because of the “dire human rights situation” in Xinjiang. Scott introduced a bipartisan bill in March calling for another host to be chosen unless “significant improvements” are made in human rights by January 2021.

At the 2018 Winter Olympics in the South Korean city of Pyeongchang-gun, more than half the gold medals were won by six Western nations: Norway, Germany, Canada, the U.S., the Netherlands and Sweden.

“The problem is that in times like these, countries have growing recourse to sanctions to express displeasure with or retaliate against the actions of China, and vice versa,” Magnus said. “Whether they would boycott the Games is a moot point, but since they know China will showcase them as it did the Summer Olympics in 2008 and as all nations do, the temptation to downplay or boycott will be strong.”

On Friday, International Olympic Committee President Thomas Bach warned against boycotts and actually said he was confident China would uphold human rights despite the mountain of evidence to the contrary staring him right in the face.

“Boycotts and discrimination because of political background or nationality are once again a real danger,” Bach warned. “A sporting boycott only punishes the athletes of the boycotting country and deprives their people of sharing in the success, pride and joy of their Olympic team.”

Asked if the IOC recently discussed the Uighur issue with Chinese authorities, Bach limited the focus of its role to “whatever is related to the Olympic Games” rather than society as a whole.

“This is our remit. And we are fully confident that, there, China will deliver on this commitment,” he said.

China under supreme leader Xi Jinping has not delivered on any commitments to uphold human rights. Along with the concentration camps where Muslims are held and tortured, the Chinese Communist Party (CCP) has issued a new security law which further cracks down on pro-democracy activists in Hong Kong and essentially ended Hong Kong’s autonomy.

The U.S. is likely to be the key factor in determining whether a boycott of the 2022 Winter Games goes ahead, especially given its influence over allies such as the other members of the Five Eyes intelligence pact, Great Britain, Canada, Australia and New Zealand.

Another key factor is the 2020 U.S. presidential election. A U.S. boycott is much less likely with Joe Biden in the White House as the Democrat is seen as particularly malleable to the communists.

Steve Tsang, director of the SOAS China Institute in London, said that apart from the U.S. election result, whether there will be a large scale boycott also depends on China’s diplomacy.

“It would also depend on if Xi would sustain the ‘wolf-warrior diplomacy’, though the chance must be that he will. This will turn opinions in many countries and make the idea of a boycott more acceptable,” Tsang said.

“Wolf-warrior diplomacy”, named after a popular action movie series, has been used to describe the increasingly aggressive and confrontational stance adopted by some Chinese diplomats in their defense of Chinese Communist Party interests.

“I do not see it as a foregone conclusion at this stage, but the risk that some form of a boycott may happen is real,” Tsang told the South China Morning Post.