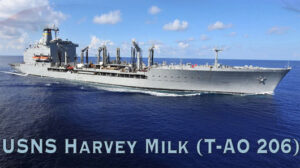 The U.S. Navy has named a ship after gay rights activist and politician Harvey Milk. At the commissioning ceremony, Naval officers announced the ship will be manned entirely by a crew of underage boys, in honor of the LGBTQ+ icon. …

Historians confirmed that Milk was indeed a sexual predator who preyed on young boys but also confirmed that anyone who brings up those details is a homophobe.

After the commissioning, the ship was sent out on its very first assignment: to spread the message of love and tolerance around the world, except not to the Middle East or China  …

At time of publishing, Loudoun County Schools had already volunteered half of the young men without their parents’ consent.

U.S. Navy to man USS Harvey Milk with underage boys; Loudoun County schools step up added by Editor One on November 11, 2021
View all posts by Editor One →