A U.S. House subcommittee on July 7 will debate legislation aimed at halting Boeing’s sale of passenger jets to Iran, in the largest U.S.-Iranian business transaction since 1979.

The hearing “will examine the Obama administration’s nuclear agreement with Iran and how it opened the door for the sale of American-made aircraft to the world’s leading state sponsor of terror,” said House Financial Services trade subcommittee chairman Bill Huizenga, a Republican from Michigan. 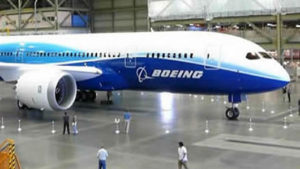 “I am extremely concerned that by relaxing the rules, the Obama administration has allowed U.S. companies to be complicit in weaponizing the Iranian regime,” he said.

A House committee aide told Reuters that, with congressional Republicans universally opposed to the nuclear deal, the committee is likely to approve the legislation, though a vote has not yet been scheduled.

Republicans control majorities in both the House and Senate. Democrats are expected to oppose the legislation and President Barack Obama could veto it, if it passes Congress.

Boeing executive Timothy Keating told the subcommittee last month that Congress knew the sale and lease of 110 passenger jets to IranAir, in a deal valued at $17.6 billion, was envisioned in the nuclear accord.

“It was made clear to us in those consultations that the ability to provide Iranian airlines with U.S. and European replacement commercial passenger aircraft for their aging fleets was key and essential to reaching closure on the agreement,” Keating said in a letter.

One bill before the subcommittee would prohibit the U.S. Treasury Department from licensing the Boeing sale to IranAir.

The subcommittee also plans to debate legislation to prevent Treasury from authorizing U.S. banks to finance the deal and prohibiting the Export-Import bank from financing projects in Iran

The Boeing deal was not expected to rely on Ex-Im financing, however.

Testimony submitted by witnesses scheduled to appear at the hearing on July 7 shows they plan to voice similar concerns.

“[T]he sale of such aircraft to Iran, and in particular to IranAir, raises serious concerns that such planes will be used to traffic illicit arms and militants to Syria in support of Syrian President Bashar al-Assad, to Hezbollah in Lebanon, and to militants in Yemen,” Eric Lorber of the Financial Integrity Network wrote in his testimony.

“This fear is warranted, as recent research has shown IranAir — as well as still-designated entities like Mahan Air — regularly flies commercial aircraft to Syria and Lebanon that are known to — or suspected of — transporting arms, cash from illicit activities, or foreign militants,” he wrote.

Deliveries of the Boeing airliners are set to begin in 2017 and run through 2025. Boeing’s European rival Airbus also is expected to sell planes to Iran.