The United States said it will not participate in the World Health Organization (WHO) global initiative to speed the development, production and distribution of coronavirus drugs and vaccines. 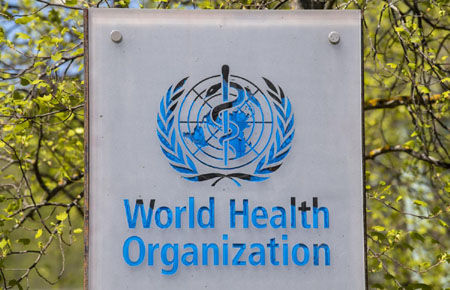 “There will be no U.S. official participation”, a spokesman for the U.S. mission in Geneva told Reuters. “We look forward to learning more about this initiative in support of international cooperation to develop a vaccine for COVID-19 as soon as possible.”

President Donald Trump has suspended U.S. funding to the WHO. The U.S. had been the organization’s largest donor.

Trump has criticized the WHO as being slow to react to the outbreak and being “China-centric”.

During a Jan. 22 meeting, the WHO refrained from declaring the coronavirus outbreak in Wuhan, China a public health emergency of international concern. Under Chinese pressure, the WHO also prevented Taiwanese representatives from attending the meeting that ended with no declaration.

A week before the meeting, the WHO tweeted that there was no clear evidence of human-to-human transmission of the coronavirus.

On Jan. 30, the WHO declared a public health emergency of international concern. By then, the virus had spread worldwide. Several analysts and at least one scientific study have said that had China and the WHO acted on the coronavirus outbreak early some 95 percent of infections could have been prevented.

On Friday, French President Emmanuel Macron, German Chancellor Angela Merkel and South African President Cyril Ramaphosa were among those who joined a video conference to launch what the WHO had billed as a “landmark collaboration” to fight the pandemic.

Officials participating said the aim of the collaboration is to speed development of safe and effective drugs, tests and vaccines to prevent, diagnose and treat COVID-19 and ensure equal access to treatments for rich and poor.

“We are facing a common threat which we can only defeat with a common approach,” WHO Director-General Tedros Adhanom Ghebreyesus said at the virtual meeting. “Experience has told us that even when tools are available they have not been equally available to all. We cannot allow that to happen.”

European Commission President Ursula von der Leyen said that the objective at a global pledging effort in early May would be to raise 7.5 billion euros ($8.10 billion) to ramp up work on prevention, diagnostics and treatment.

“This is a first step only, but more will be needed in the future,” von der Leyen told the conference.

Macron said: “We will continue now to mobilize all G7 and G20 countries so they get behind this initiative. And I hope we’ll manage to reconcile around this joint initiative both China and the US because this is about saying: the fight against COVID-19 is a common human good and there should be no division in order to win this battle.”

Ramaphosa, chairman of the African Union, warned that the continent – with its generally poor standards of health care – was “extremely vulnerable to the ravages of this virus and is in need of support.”