The American foreign correspondent began to disappear as U.S. media outlets began cutting and shutting down overseas bureaus in the late 1990s into the 2010s. That left much of the reporting on global news to state-run and far from free media outlets in places like Russia and China.

Author Markos Kounalakis, in his new book “Spin Wars and Spy Games: Global Media and Intelligence Gathering”, said he was inspired to write the book when he “noticed that the business model in both American and Western journalism was collapsing and that we were having fewer and fewer foreign correspondents around the world.” 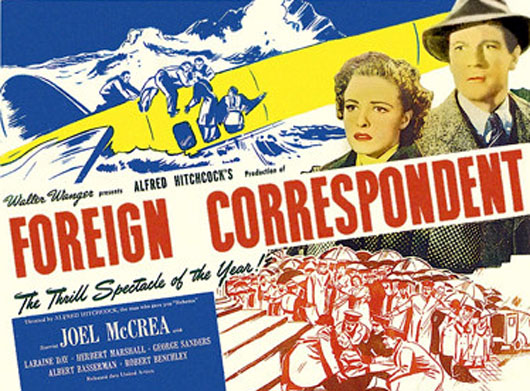 During his research for the book, Kounalakis said he “actually found out that there were more foreign correspondents in the world rather than fewer. The difference, of course, was that they weren’t our foreign correspondents. They were mainly from China and also from Russia. And so my question arose: If on the one hand we’re losing intelligence and diplomatic capacities and at the same time the Chinese and the Russians are gaining capacities, then of course there must be some effect on foreign affairs and policy.”

Many major U.S. news organizations cut their world staffs and now rely upon wire services such as the Associated Press and Reuters for most of their international coverage. Media analysts also noted that most international coverage in the U.S. is dedicated to news that primarily affects Americans.

In a 2015 survey of foreign news coverage, the American Journalism Review (AJR) found 18 newspapers and two newspaper chains closed all of their overseas bureaus between the years of 1998 and 2010. Most of the organizations now rely upon wire services for the bulk of their international coverage, the AJR reported.

A 2008 report from the Pew Research Center entitled, “The Changing Newsroom,” noted that, over a three-year span, 64 percent of newsroom executives reported a reduction in the amount of space apportioned to foreign news.

The Tyndall Report, which monitors the weekday nightly newscasts of ABC, CBS and NBC reported that when the Berlin Wall fell in 1989, ABC, CBS and NBC devoted a collective 4,828 minutes to international news. By 2000, after ten years of declining coverage, the same three networks aired only 2,127 minutes of international news during newscasts that totaled between 14,500 and 16,000 minutes.

Kounalakis, a visiting fellow at Stanford’s Hoover Institution and a senior fellow at the Budapest-based Center for Media, Data and Society at Central European University, told The Washington Times that he was concerned “for the state of our democracy but also for foreign policymaking, because I knew that policymakers and analysts rely on foreign correspondents and bureaus to provide their work on a regular basis. … I was curious about what happens when we don’t have as many American journalists out in the field.”

Kounalakis continued: “Without these foreign bureaus, it does a couple of things in the United States. One is that it means our citizenry, whom we depend on to be informed on foreign policy as we make our political decisions and choose our leaders, becomes less informed. While there may exist alternative information and data online and elsewhere, the type of reporting that was tailored to us has disappeared. As these bureaus are being supplanted by non-Western organizations with state-driven agendas, the information that we’re getting in the United States is becoming agenda-driven.”

Asked by the Washington Times if he believed a free press would ever exist in places like Russia or China, Kounalakis responded: “Not anytime soon. Certainly not while [Russian President Vladimir] Putin is in power. Not while [Chinese President] Xi Jinping is in power. Xi Jinping, in particular, is very familiar with what they refer to in China as ‘united front’ work, which means that journalism is meant to support the party and state. Putin is notorious for turning a blind eye to the journalists who are oftentimes embattled, beleaguered and sometimes even murdered. Some would even say he is responsible for their murder. I have no evidence of that, but certainly it is something that is heavily rumored and well within the realm of possibilities. So in that environment, the answer is no. Free press will not exist anytime soon and certainly not while they’re in power.”

USC Professor Roberto Suro said that “Foreign news coverage declined starting all the way back to the late 1980s, as the number of major news organizations that could do everything started shrinking and foreign coverage got increasingly expensive.”

Major television networks have also cut back on their foreign coverage, with some closing bureaus across the globe due to unsustainable expenses. “We went through a period where the broadcast networks had big operations overseas and massively retrenched,” Suro said.

A 2014 report by The Guardian noted that ABC planned to scale back majorly in their 11 foreign bureaus, including Tokyo, Bangkok, New Delhi and New Zealand.

Pew reported similar trends in CBS’s foreign bureaus. According to their 2013 report on the state of the media, CBS closed bureaus in Moscow, Paris, Baghdad, Islamabad, Kabul, Tel Aviv, Amman, Hong Kong and Johannesburg between the years of 2008 and 2013.

Jennifer Siebens, a former CBS News Bureau Chief in Paris, Los Angeles and London, said networks have shifted international coverage to issues and events that primarily affect Americans. If there is not a connection to the United States, the likelihood of an international story making the nightly broadcast is much lower, Siebens said.