The United States earlier this year passed Russia and Saudi Arabia to become the world’s largest producer of crude oil, according to the U.S. Energy Information Administration. 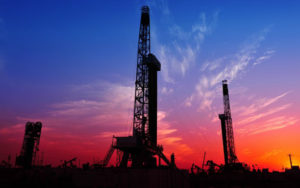 The EIA said it expects U.S. crude oil production will continue to exceed Russian and Saudi Arabian production for the remaining months of 2018 and through 2019.

U.S. crude oil production, particularly from light sweet crude oil grades, has rapidly increased since 2011. Much of the recent growth has occurred in areas such as the Permian region in western Texas and eastern New Mexico, the Federal Offshore Gulf of Mexico, and the Bakken region in North Dakota and Montana, the EIA said.

In March, the Paris-based International Energy Agency predicted U.S. crude oil production will grow considerably over the next five years, increasing from 13.2 million barrels per day to 17 million barrels, and boosting American’s global supply of oil to approximately 80 percent.

“Just spoke to King Salman of Saudi Arabia and explained to him that, because of the turmoil & dysfunction in Iran and Venezuela, I am asking that Saudi Arabia increase oil production, maybe up to 2,000,000 barrels, to make up the difference…Prices too high! He has agreed!” the president tweeted.