The United States has said Islamic State of Iraq and Levant (ISIL) played no role in the death of a U.S. military contractor at his home in Turkey.

ISIL claimed a squad of its jihadists assassinated the contractor at his home in the Turkish city of Adana on June 13. The ISIL-aligned Amaq news agency said the terror organization waited several days to announce the killing to ensure the squad’s escape from Adana, located near the Incirlik Air Base. 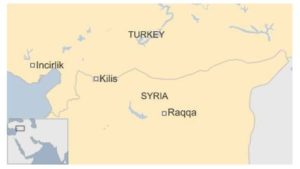 Thaddeus Borowicz, an American fire chief at Incirlik, was killed as the result of a “tragic” accident, U.S. officials said.

The officials said the 61-year-old Michigan native locked himself out of his apartment and tried entering the residence via a 10th floor window by swinging from an electric cable tied to a chimney. But the wire apparently snapped and Borowicz fell into his courtyard and died from the impact. His body was found by a co-worker after Borowicz did not report for work.

“[The U.S.-led coalition against ISIL] can confirm that ISIL did not cause the death of a U.S. service member in Turkey,” U.S. European Command Spokesman LTC David Westover told Fox News. “We have no reports of any Americans killed in Adana, Turkey by ISIL.”

Meanwhile, the Turkish border town of Kilis has been under ISIL rocket attack for several months. ISIL has also carried out bombings in the Turkish cities of Suruc, Diyarbakir, Ankara and Istanbul.